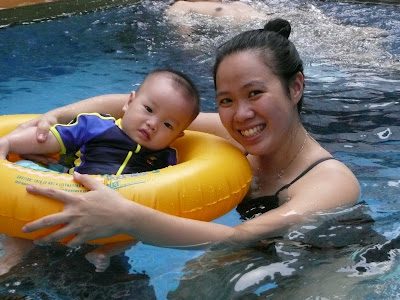 We finally brought Isaac swimming! We kept wanting to bring him swimming once he hit 6 months, but we were busy and all... 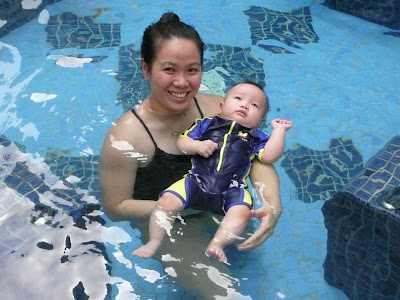 Isaac loves the water. He loves bathing, and would protest loudly whenever we take him out of the bathtub now. We would even constantly pour water on his head (while bathing) so that the water runs down his face (and eyes and nose and mouth) - but it doesn't bother him in the least! 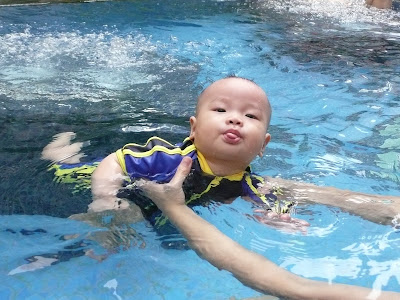 As you can see from the second picture above, Isaac is very relaxed in the water and can lie back on the water and 'float' on his own with some support from me. 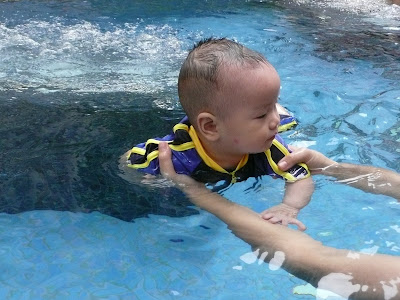 Even when I take him out of his float, and let him move about the water like in these pix, he is fine. We hope this means that he would learn to swim easily. 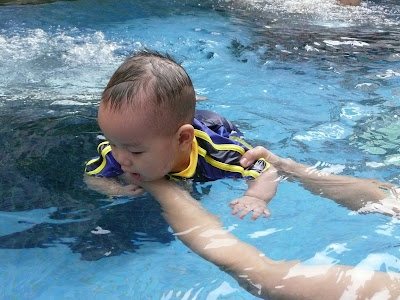 When in his float, Isaac comfortably leans forwards so that he can touch the water. And he simply uses his hands to 'beat' the water. Just like he does when he's bathing! :) 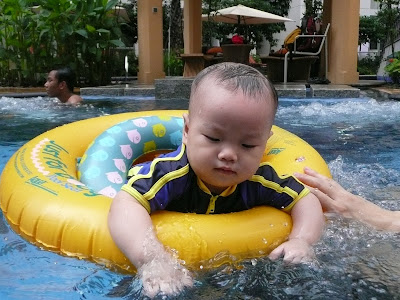 Though we did notice, that he isn't "as happy" as when he is bathing. So we figured that he probably was a little scared, but still took the water fine. 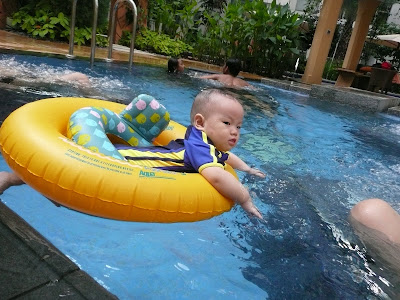 We figured it must have been that during my pregnancy, I swam at least 3 times a week - that's why Isaac likes the water so much! :) 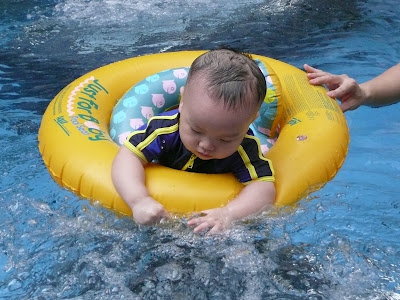 Here's our Isaac boy in his swimsuit! Dashing, ain't he?! :) 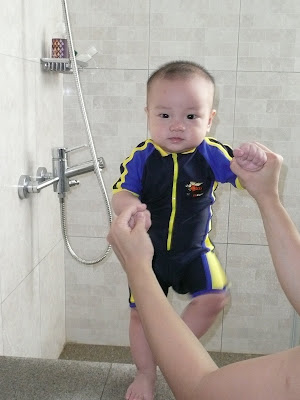