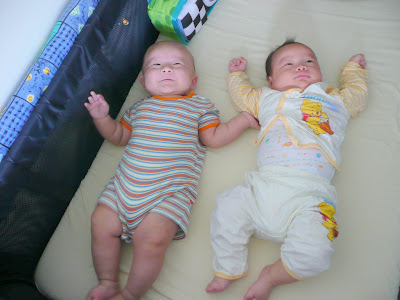 This is Zenon, he's hubb's friend's son. Zenon is 2 months older than Isaac. He looks bigger, doesn't he? He is! And he's one SOLID boy, you know!? He's got very firm limbs, if you know what I mean ;p These two pix show the boys when they were very young - Isaac was only 2 months old then! :) 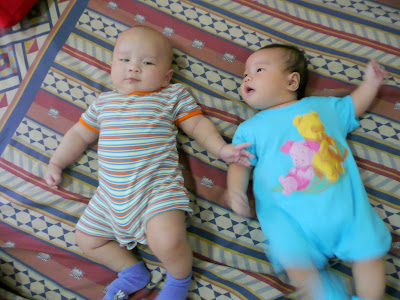 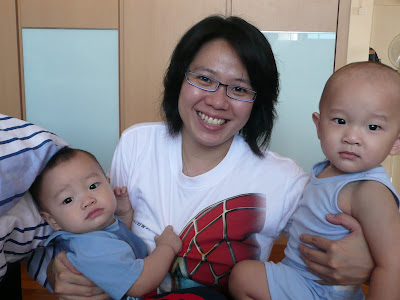 Hubbs and Zenon's papa were ex-colleagues. They're very good friends, and they're both sporty and skinny and balding. HAHAHA... They look alike too! So much so someone asked them before if they were Father and Son. hahahahhaaa.... no prizes for guessing who's the one thought to be the"Father"... 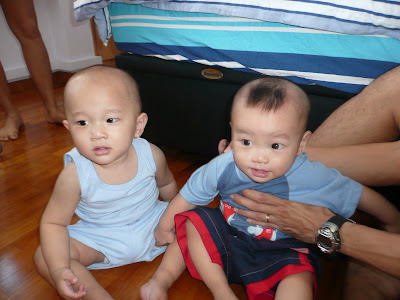 So here're the two boys - their papas can't wait for them to grow up so they could go running, and rock climbing with them. And all other forms of sport you can think of. Right now, we'd just be glad if they don't maul each other. 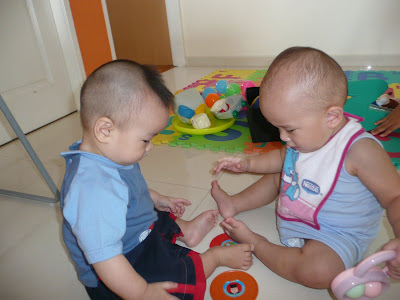 They seem to be doing fine. These pix were taken during one of our gaming sessions. Oh, hubbs and I are into boardgames and Zenon's parents are our gaming partners! In fact, the day before Zenon was born, we played games at Zenon's home till about 2am in the morning! And ten over hours later - Zenon was born! 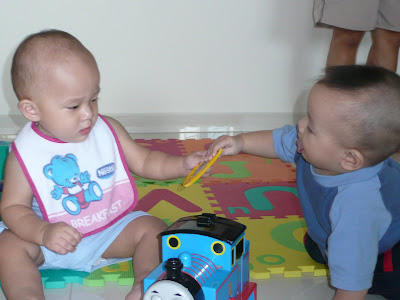 Oh I forgot to mention! You like Isaac's new hairdo? This was specially requested for by hubbs. He'd been bugging me for the longest time to leave a tuft in front, when cutting Isaac's hair. So finally I relented and this is the result! I must say he looks rather cute lah :p hahaha as always! 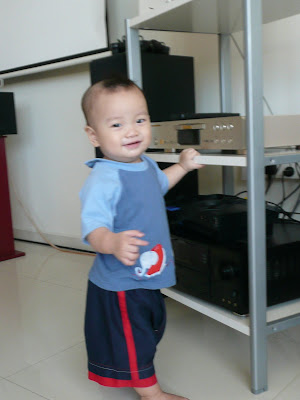