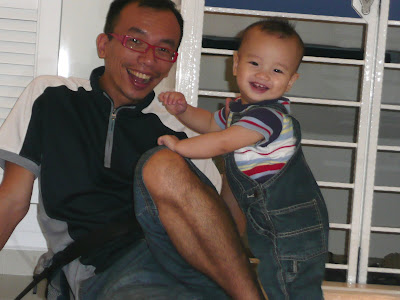 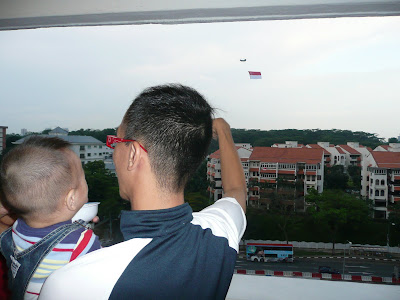 Had a big huge LCD tv and a new sound system to match - look at the fancy speakers! :) Hubbs and I were kinda worried that Isaac'd mess with the equipment and swipe at the handphones and remote controls on the tv console - but thankfully, there were no casualties that night ;p 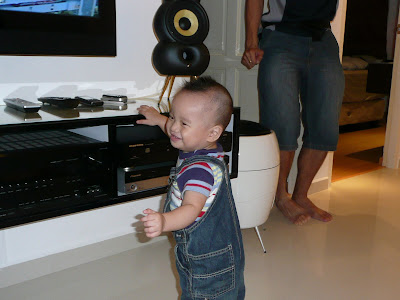 Another nice pic of hubbs and Isaac! :) How come I don't have nice pix like that?! hummmphhh... (coz I'm always behind the camera, that's why... :p) 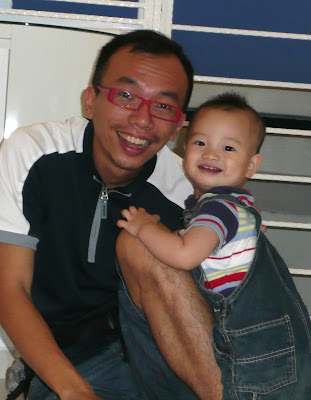 Isaac loves to play with water bottles. Doesn't matter if it's a Nalgene or a mineral water bottle, 500ml or 1.2litres, he'd have a fun time playing with it for awhile. 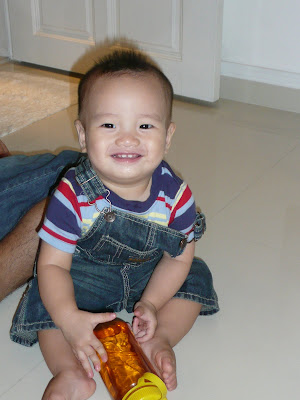 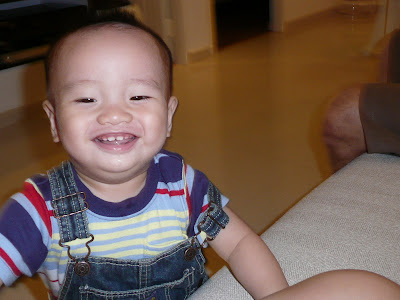 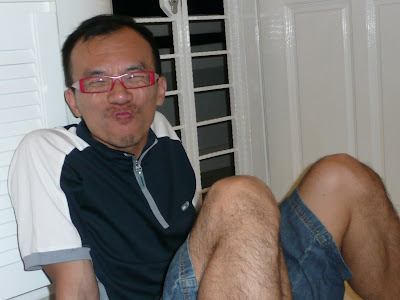 hahaha these two pix were taken by Isaac. He insisted on playing with my camera, so with my help, he took two pictures of his Papa. 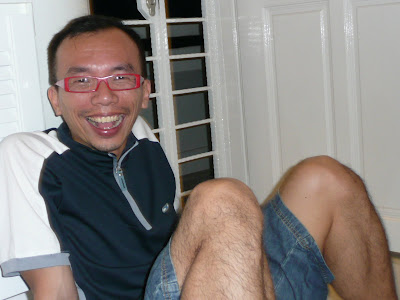 Sighz, see what my boy's up to... He literally snatched over the beer bottle from his Papa and wanted to suck on the mouth of the bottle for the whole night. I think he just liked it coz it was cold. But of course the guys were all cheering him on for "starting young". What nonsense. I hope that Isaac doesn't start drinking young, and even when he's older, I hope he doesn't drink a lot of beer/alcohol etc. Yes, yes, what a stuffed shirt I am! Well, in case you haven't noticed - I'm his Mama!!! 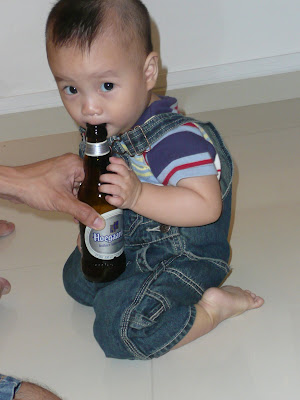 See, mahbok already lah. tsk tsk tsk... in the end we had to snatch the bottle away from him, and put it out of sight. After a round of tantrum, he forgot about it... until someone accidentally lets him catch sight of a beer bottle! 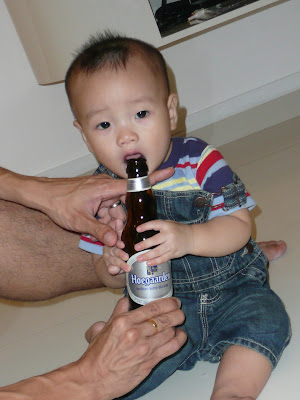 Here's a vid of Isaac on the bottle. And dunno which uncle trying to offer him more?!?! hahaha...