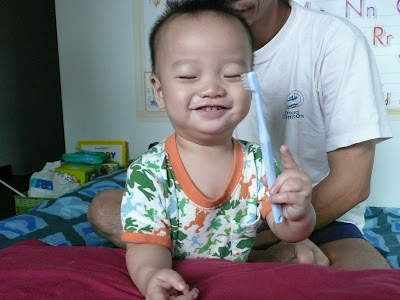 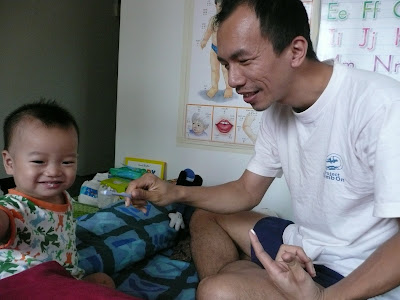 Then I read that we should try to slowly let him get used to the idea of brushing his teeth, by letting him familiarise himself with the tooth brush first. So here we are... 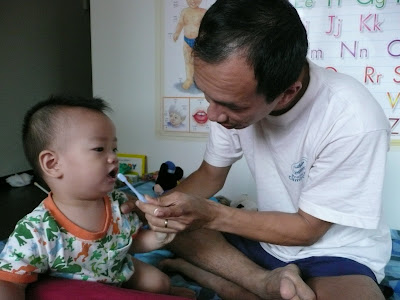 We also bring him to the bathroom when we brush our teeth, to let him see us brushing, in the hope that he'd wanna do the same. 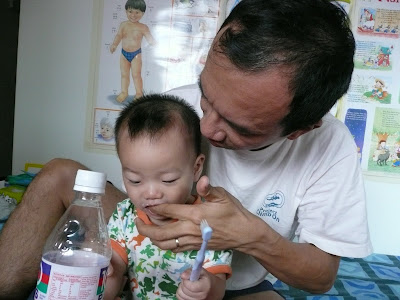 And I must say our efforts have paid off! Isaac now doesn't cry when we get him to brush his teeth. In fact, he quite enjoys it, he'd put the toothbrush in his mouth, and insists on putting the toothbrush in the rinsing cup, just like how he sees his Papa do it. 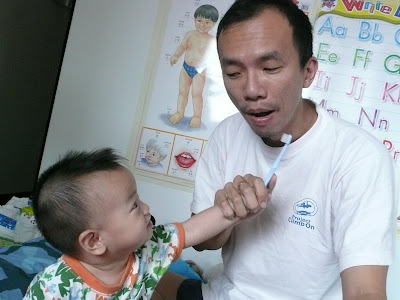 pix taken on 7th September 2008
Isaac @ 13 months and a day
Albeit he doesn't brush his teeth properly, and really seems to be sucking the toothbrush for the nice grape flavoured (children's) toothpaste - but I must say it's a marked improvement from before.