See our cheeky boy. He loves to be in the driver seat. 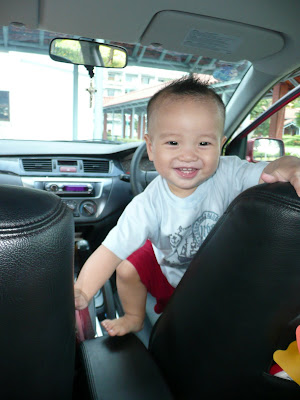 I believe, as early as when Isaac was 8 or 9 months old, he would always try to get into the driver seat from the back. He would scream and cry when I held on to him and refused to let him go to the front. 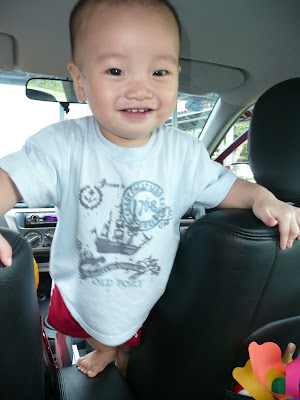 I'd always say:"Isaac! Papa is driving! So you cannot go to the front! When the car stops then you can go to the front okay!?" I said that without thinking about the choice of my words - so, when the car came to a stop at a red light, Isaac leapt up and launched forward, trying to get into the front seat! 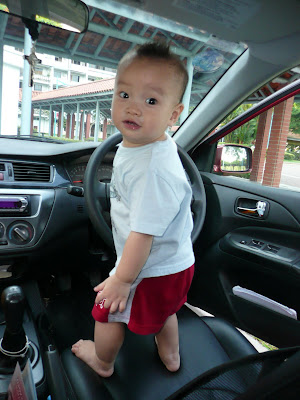 Then I realised what I'd said. I said "when the car stops, you can go." So he went! So I quickly said "Isaac! Mummy means to say, that you can only go to the driver seat to sit with Papa when the car is parked! Now, even though the car is not moving, Papa is actually still driving on the road. You must wait till the car is parked!" 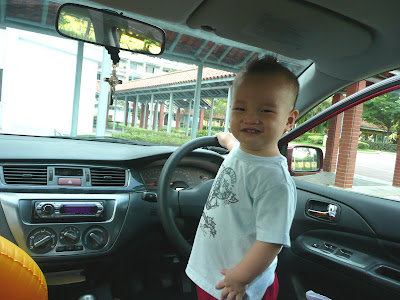 Of course he didn't understand the difference at first. But everytime I will repeat myself when he starts to launch forward at red lights, and when we park the car, he launches forward - I let him go - once hubbs pulls the handbrake and turns off the engine. 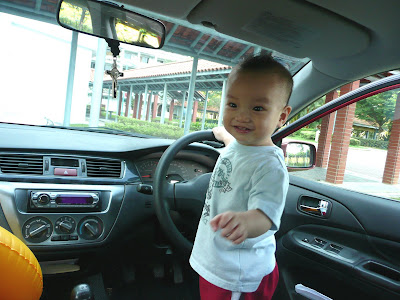 pictures above taken on 11th August 2008
Isaac @ 12 months plus
Very quickly, he caught on, and he actually stopped launching forward when we hit any red lights. But once we head into the multi-storey carpark, he starts to ready himself, getting himself in a ready-to-launch position - and once the handbrake is pulled and engine off - BAM! He shoots himself forward into the driver seat!!! Impressive! 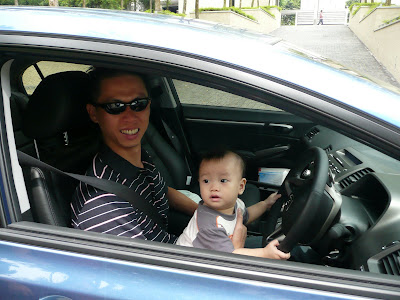 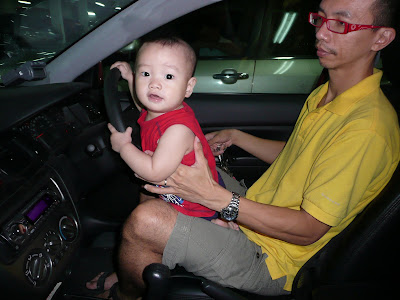 When in the driver seat, Isaac's a real pro. He'd turn the wheel with both hands, reach out for the aircon dials to adjust the aircon strength, finger the radio knob to adjust the volume of the radio... he even knows how to turn on the headlights and high beam people! Sighz! Small ah beng ah!!! 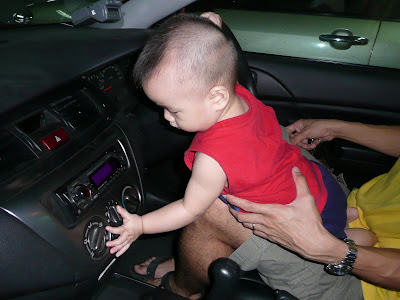