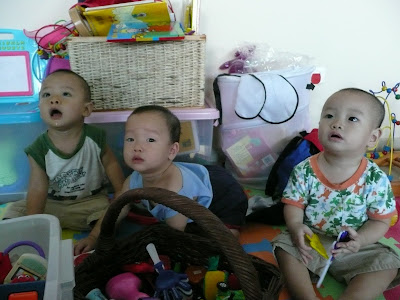 Yes, unfortunately the above is the best shot I have of the three boys! hahaha... From left to right, Ray - my uni classmate (and ex-colleague) Christine's son is two months older than Isaac, then in the middle is Jay - my colleague Peiteng's son is a few months younger than Isaac. And my Isaac - born on August 2007, in case you were trying to recall. 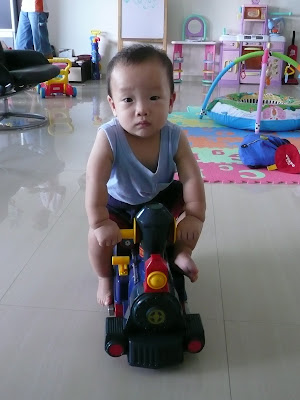 The boys had a great time playing with Joy's and Jay's toys in the spacious apartment. Look at Jay on his electric toy train. At 11 months old only, he can already balance himself on a moving vehicle so steadily! Kids are simply amazing! 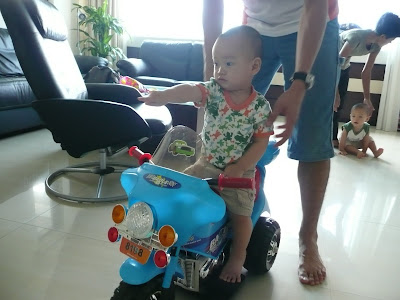 Here's Isaac having a blast on Jay's motorbike... so much so he was trying to prevent Ray from getting on it!!! Share, Isaac!!! Share!!! 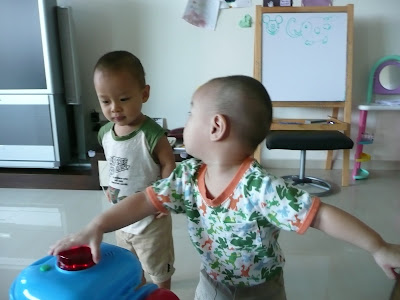 After tiring of the electric motorbike, Isaac moves on to his mobile playground - Papa Playground!!! 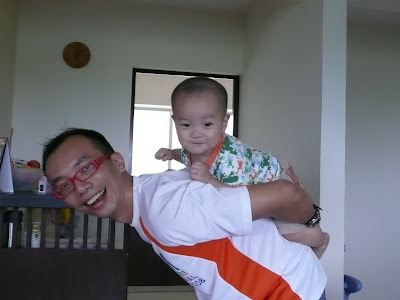 Papa Playground! The ultimate human playground where you have a human rockwall, automatic horseback riding, slide and swing all rolled into one - comes with an advanced protective device (called Papa) that ensures you never hurt yourself on this playground! Ain't that wonderful?! 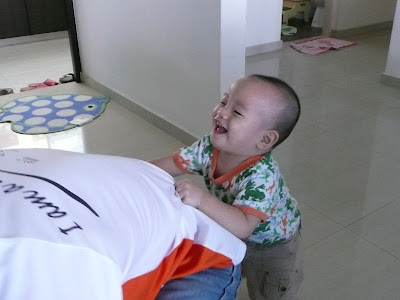 See, here, just before we left, I asked Joy if she would like to take a picture with Isaac. She said "Okay..." albeit somewhat grudgingly. We manage to plant Isaac there for the pic. 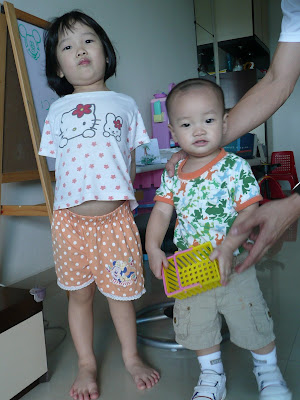 And when I asked Joy, "Would you like to take a picture with Uncle Matthew?" Waaah... enthusiatic nods we get from our young girl... hahhahaa... yes, as you know hubbs is the young girl/auntie/grandmother "killer" hahaha... charms them all the time - and this time, coz he was playing with Joy and Isaac for most part of the morning. So his reward - a picture with a pretty young girl! :) 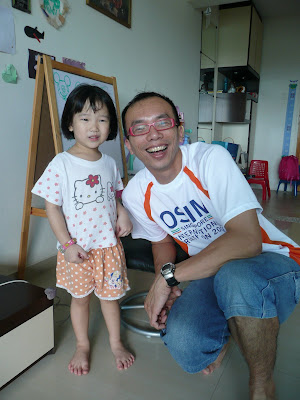