This was our first day in San Francisco on our own - it was a Monday. Look at Isaac in the thick winter jacket - many thanks to Wenli who lent us Dorcas' coat! :) It was nice and thick and comfy and fitted Isaac just fine - but other than this day, he refused to wear the coat anymore! hahaha... think he found it too thick and cumbersome. 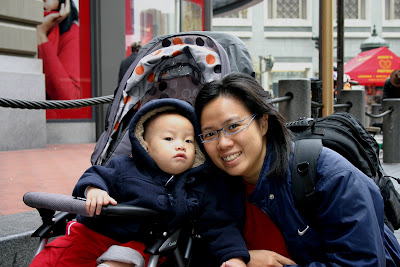 We decided to take the famous San Francisco Tram down to the piers to walk around. Due to our hostel's fantastic location, we could walk to the tram stop in less than 10 minutes. Was fun to walk as we could look around - plus the weather was nice and cool :) 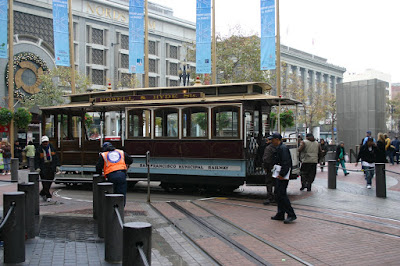 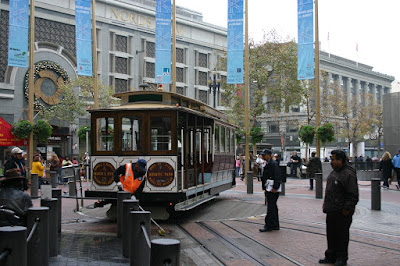 We took a seat inside the tram, instead of like sitting at the side, exposed. Coz I was scared lah. Not scared of myself dropping off, more like I was scared that Isaac would fidget and I would drop him! Then he fall off and bang his head and DIE how??!?!? Ahhhhhhhh!!!!! hahahhaa... as you can see, I'm a little paranoid. Dunno if all mothers are like that. hahahaha... More on this paranoia thingy another time. 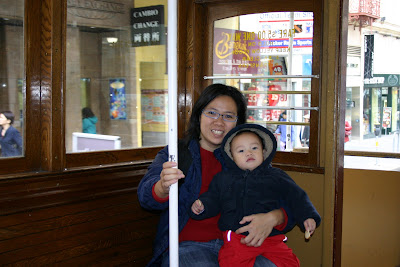 Look at Isaac with his kuai lan face!!! hahahhahaa... so fierce!!! 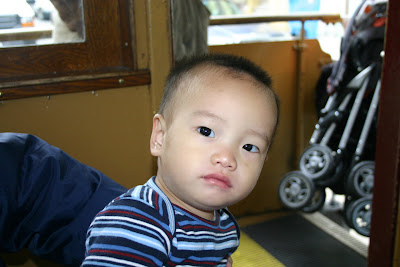 Ah! This was the view from the tram when it was at the top of the crookedest street or something - nice view of the city, but pity is was a bit misty/hazy. 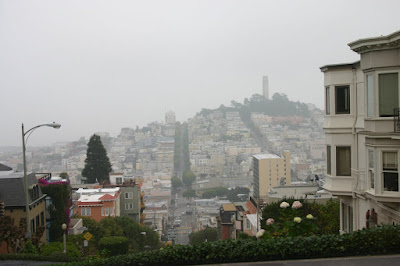 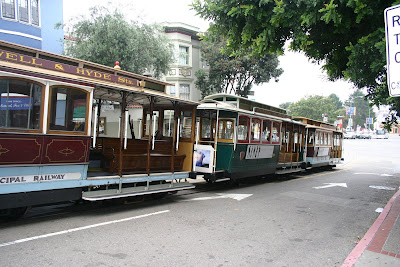 We got down the train and walked to the place below Ghirardelli Square! We saw a restaurant there and decided to head there for lunch. 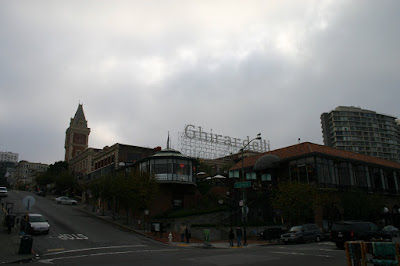 If you find that the word Ghirardelli looks familiar... yes, it's that San Francisco chocolate brand! This is widely sold in Singapore and you would recognise the packaging if you see it. But we didn't realise there and then that there was a chocloate museum/factory we could visit. It was kinda quiet when we were there, given that it was a Monday afternoon. 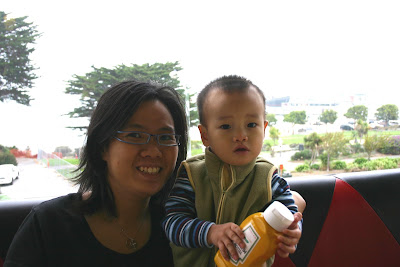 Here we are in the american restaurant. Here, for the first time, Isaac ate his first pasta (penne) and tasted his first french fry - we were desperate!!! He hadn't really been eating since we left Singapore. But luckily think he was hungry by then, so he ate quite a fair bit of the pasta. 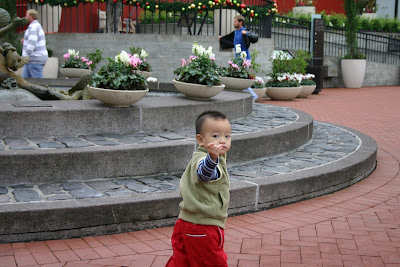 These are the grounds in the Ghirardelli Square... quite nice, really. Very 'overseas' look and feel... hahaha... Not exactly very exciting, but we en 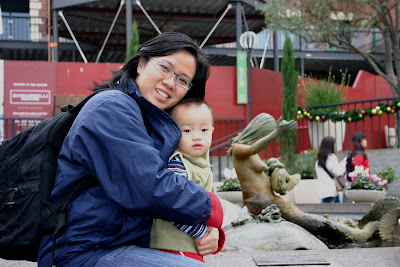 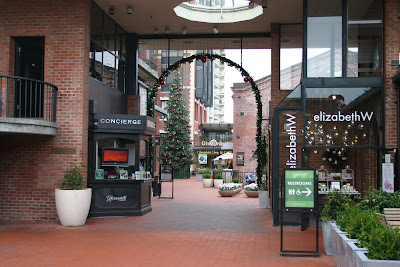 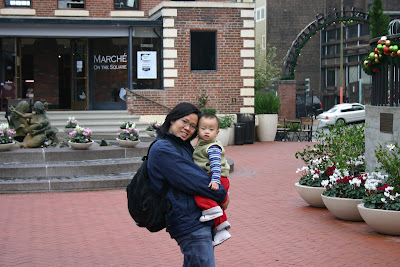 Ah! this is the chocolate store down by the wharfs! Look at all that chocolate!!! :p 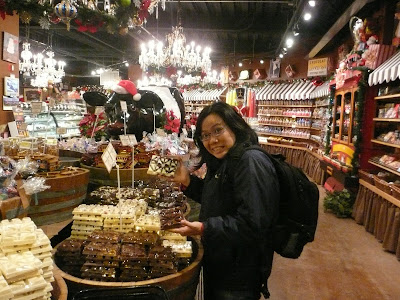