We arrive at San Francisco!

After a long flight, we finally arrived at San Francisco! Not the prettiest picture, but a must-take eh. hahaha... 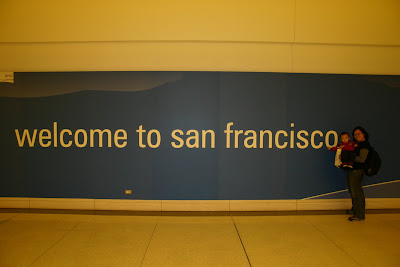 My bro-in-law Chris came to pick us at the airport and send us to where we were staying in San Francisco (SF) itself. Was very nice of him to do so considering he was studying for his exams coming up very soon, and he was staying in Stanford which was at least half an hour from the airport, and he sent us to downtown SF itself, before driving home to Stanford on his own! Phew! What a lot of driving for him that night!

We were kinda disappointed that the girls didn't come along to pick us - it was kinda late at night, and there wouldn't have been space for all our luggages if they'd come. But anyway, we were to meet them the next day for a day out, so it was alright. Really looked forward to seeing them! :) 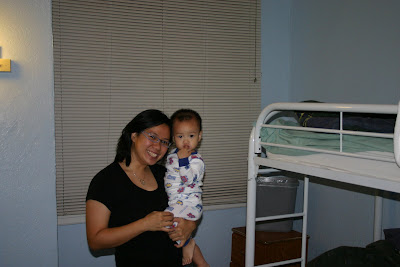 We were staying in town coz it was nearer to the tourist attractions - we wanted to do a bit of sight-seeing during this trip, in addition to seeing the girls, my sis and Chris.

We were staying at Hostelling International - San Francisco Downtown. It's fantastic! Well, it's not the Ritz, and actually, it's a Hostel - but it's clean, cosy, cheap, and right in town! It's a block away from Union Square! Fantastic location!

The rates are very value for money. You see the pic above and below - that was where we put up in on the first night, coz hubbs made a mistake with the booking - he'd booked a twin bedder instead of a private en-suite room. So no matter, we saved money on that first night :) Think that was $49USD for the twin bedder - but it's private, so that was alright. 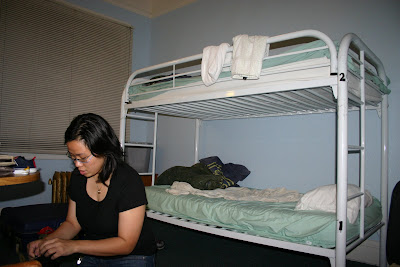 But the pix below - this is where we stayed in from the 2nd night onwards - our own private room, with attached bathroom, queen sized bed - all for $89USD a night! And a block away from Union Square! It's fantastic! Even a 3 star hotel in that area would set one back by a few hundred bucks at least, but ours was below $100USD!? 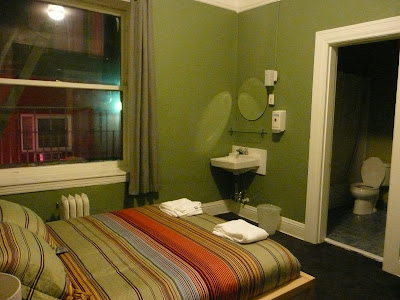 Clean, with fresh sheets, and towels too. The lounge had free wifi too, if you brought your own laptop. Oh and did I mention free breakfast? Kekeke... well the complimentary breakfast was a very simple: bread & bagels with jam, peanut butter, cream cheese, and orange juice - free flow - eat as much as you want! 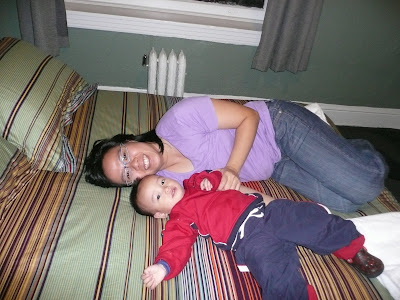 Well, we were reallllly very pleased with the place :) and we'd highly reccommend people who visit San Francisco to stay there. Book early though! The private en-suite rooms are very popular! :)