Did I mention that we went to Texas? Hahaha... yes, our main destination was to Stanford, California to visit the girls, my sis and bro-in-law. But we figured since we were in the United States already, we might as well pop over to Texas to see our friends. 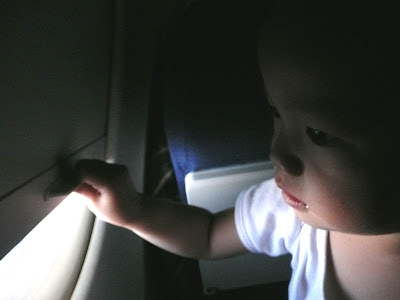 First stop was to Dallas, which was sorta near Arlington, where hubb's secondary school buddy was. Zhenguo has been there for many years now, first doing his bachelors, all the way through and now he's doing his doctorate and working at the same time. 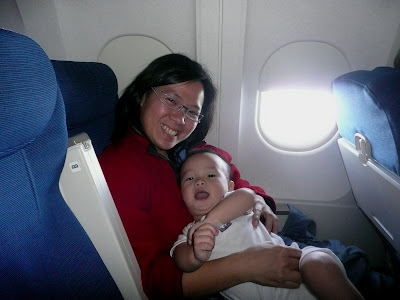 Second stop would be Austin, Texas, where my dear friends Garrett & Alyssa were. Garrett and I got to know one another in the year 2001 when we both went to Aberdeen University in Aberdeen, Scotland for 6 months on a student exchange programme. Alyssa's his lovely, sweet wife. We've been great friends ever since, and this is the 2nd time I'm visiting them in Texas. Garrett!!! Your turn to come to Singapore, next!!! :p 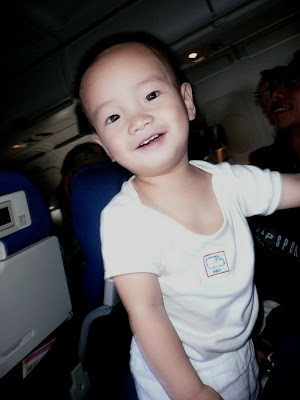 Isaac's still under 2 years, so he got to travel free on the internal flights. And we were lucky that the flight wasn't full, so Isaac had a seat to himself. 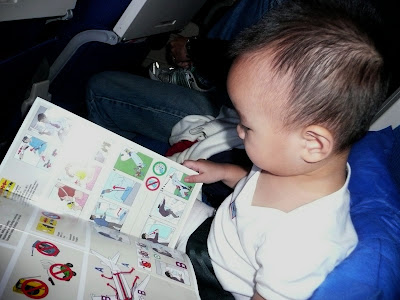 Emergency situations and what to do during them - very important, you know. Look how seriously Isaac is taking them... Big slide! Big slide!!! Play water!!! Choi! Choi! Choi!!! 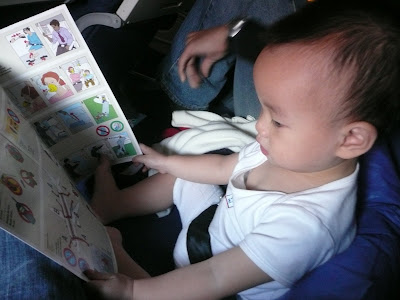 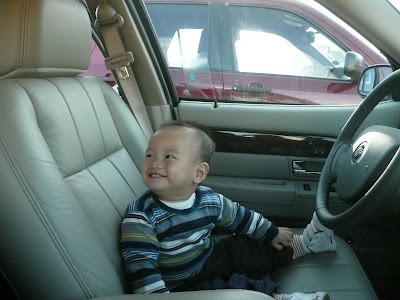 Flight was uneventful and we soon reached Fort Worth in Texas. Zhenguo was very nice, he came to meet us at the airport in a car he rented to drive during the time we're here. 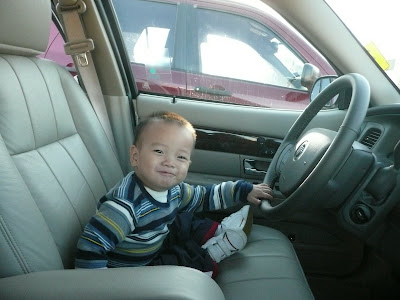 Oh side-track a bit - notice how we went to San Francisco, and then Texas - the two affected areas with H1N1 !??!?!?! kekeke... thankfully, we were there like 6 months ago, and not like very recently. Still, when the reports came out that SF and Texas were one of the first "affected areas", it was kinda scary... 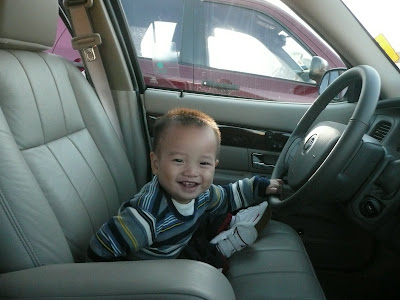 Oh speaking of which, my mum just came back from San Francisco, on Saturday 30 May 2009. And for the record, we didn't go pick her up at the airport. My dad did lah. But we didn't. Decided to play safe and kinda stay away from her for awhile. We've been calling everyday though, and thankfully, so far no fever. So we're looking forward to seeing her tomorrow night - Tuesday night - the day we usually go back to my parents place for dinner. We figured it should be safe by then. Kiasi huh? Well, better safe than sorry, I guess. 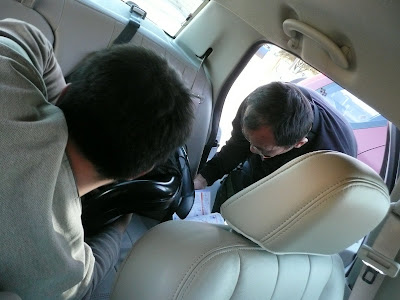 Ah... here's Zhenguo and hubbs trying to fix up the child-carseat for Isaac to sit in. We hear the Americans are very strict with this. So, after some calculation, we actually got Zhenguo to go to his local Walmart to get a cheap carseat, like US$55, still more worth it and cost effective than renting a car seat for like $20 a day! But for a 'cheap carseat' the quality was actually pretty good! Like a regular carseat to me, it seemed! 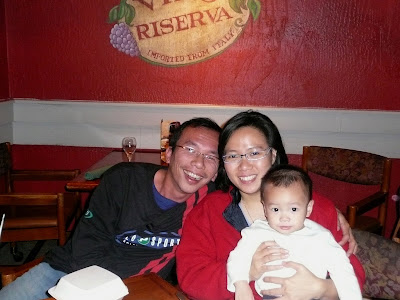 Went to an Italian place along the highway for dinner. Nice! Oh and Isaac had spaghetti with Alfredo sauce and grilled fish! yum! :) 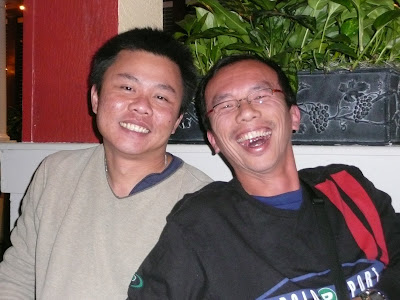 Look at the two old men trying to act cute? hahahaha... trying to relive their Catholic High days... Hubbs always tells me about all the nonsense they used to get up to in school... *shake*head* ... faint faint... 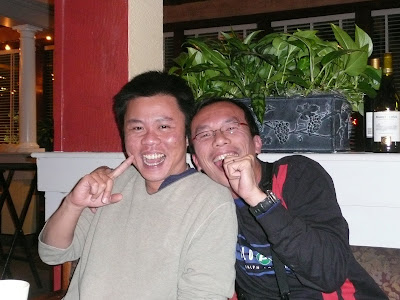 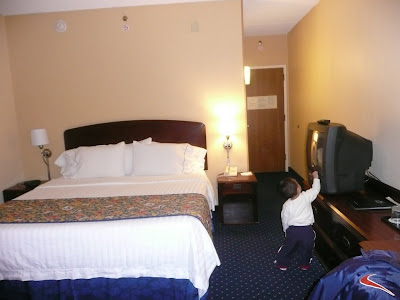 Here's our Marriot room! :) very nice and big. Cheap too, think was like US$80 per night or something like that. Guess coz we're out in the boondocks :p 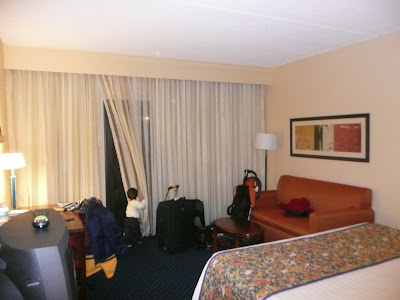 In keeping with the tradition my mum started - I went around snapping pictures of the room... :) and toilet... kekeke... 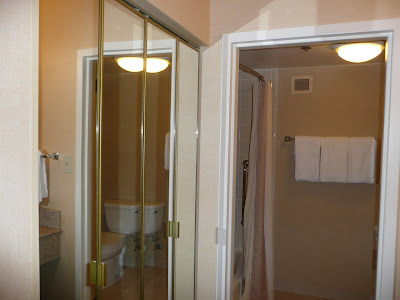 Oh yes, here below's a vid of Isaac playing with out shoes! One of his favourite activities during this trip! :)