As you can see, I am really trying to clear my backlog of posts... :p Here are pix from 31 Dec 2008 - my Dad's birthday, the day we traditionally have a family gathering for my father's side of the family. Well, sorry Daddy, not a single picture of you here - all of Isaac! :p 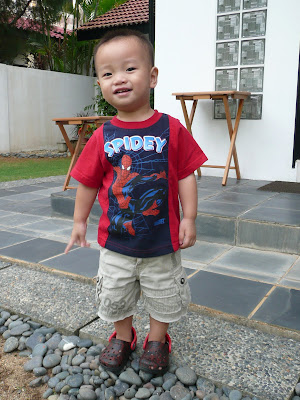 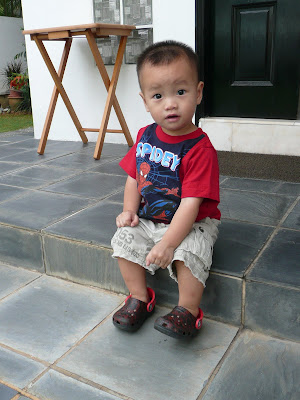 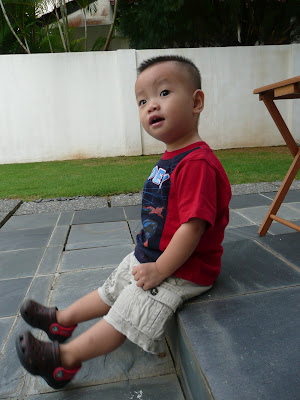 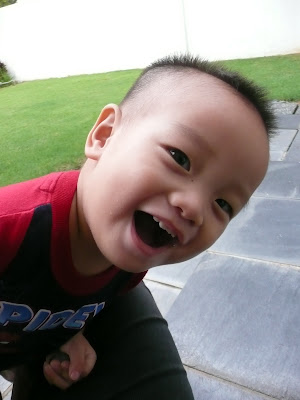 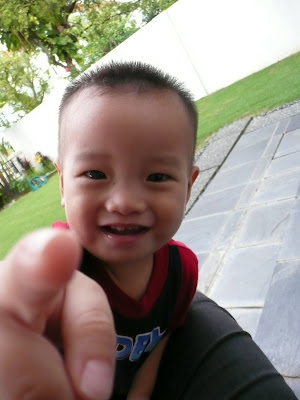 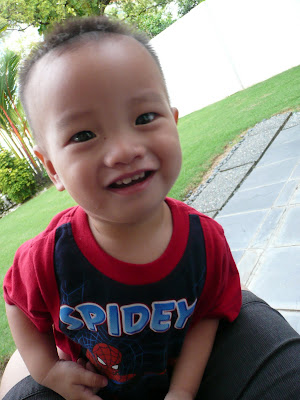 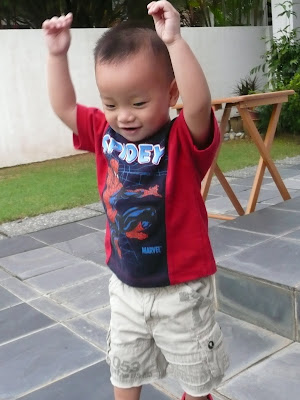 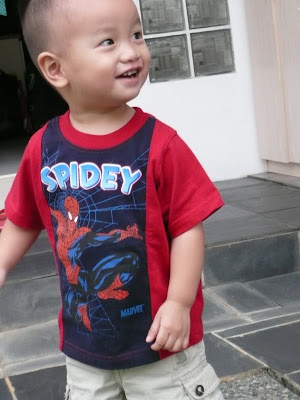 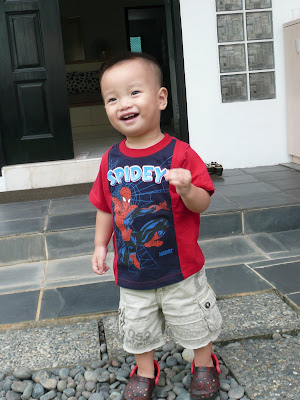 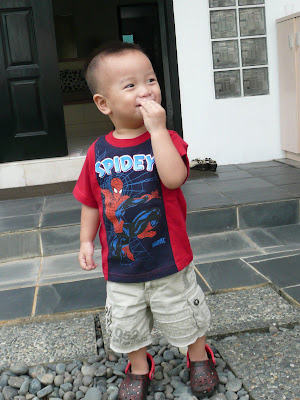 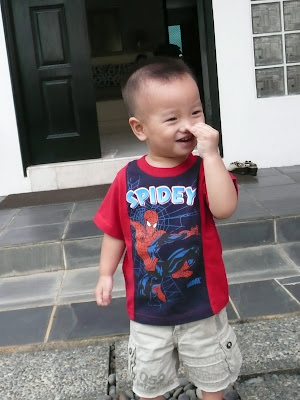 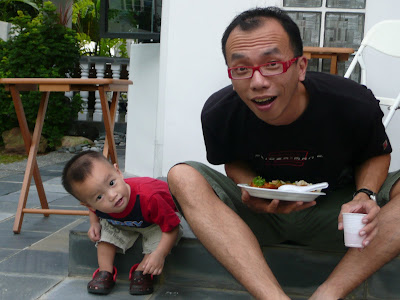 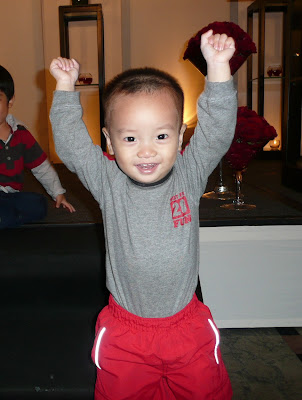 2008 Christmas celebration with the Lees 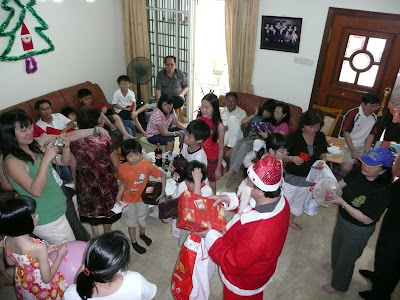 This was last year's Christmas, where we had a party at my 2nd Auntie's place. Was great fun coz it was very Christamassy with my Uncle Roger in a Santa's costume, and Auntie Constance having bought tons of presents for everyone. We even sang carols! See vid below!

This is Jarrod, my nephew - my cousin Joel's son. He was one of our first loves - the other was Rebecca - my sister's oldest daughter! hahaha... hubbs and I love kids. Jarrod and Rebecca were born in October and November 2003 respectively, a month and a day apart. 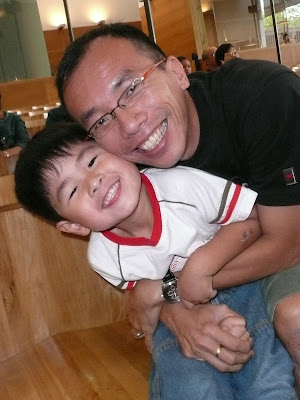 Hubbs and I got together in early 2003, so the kids have very much been a part of our lives. If I'd started my blog in 2003, you'd see lotsa pictures of Jarrod and Becca.

Here's us after Christmas Day mass, at our church. Jarrod's father, my cousin Joel, and his wife Andrea (grinning in the background) and the two rascals Jarrod & Zachary, have migrated to Perth, Australia, just a few months before Isaac was born. 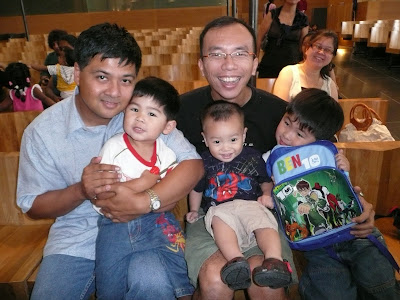 pix taken on 25th December 2008
Isaac @ 16 and a half months
Zachary @ about 3 years
Jarrod @ about 5 years
Made us kinda sad to think the boys can't grow up playing together just like we cousins did when we were young. Joel & Andrea aren't the only cousins I'd lost to Australia - my cousin Terrence and cousin James are there too. sighz! I wish someone would quickly invent the "teleport" machine!

So for now, other than the times when Joel, Ann & the boys (plus one more princess Caitlin now!) come back for hols like Christmas, we can go over to Perth for our hols! hehehe... We just went in June 2009. So may you'd see pix of that in a year's time... kidding!!! :p
Posted by Pamela at 10:34 No comments:

Long time no post! Here're some pix from last Christmas! My Isaac just had his haircut courtesy of yours truly. 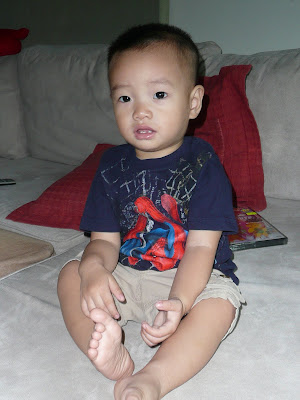 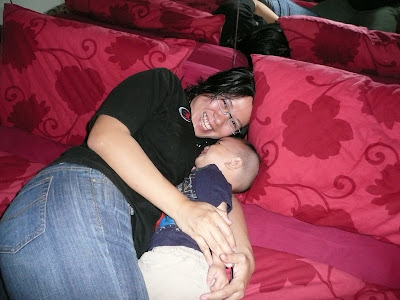 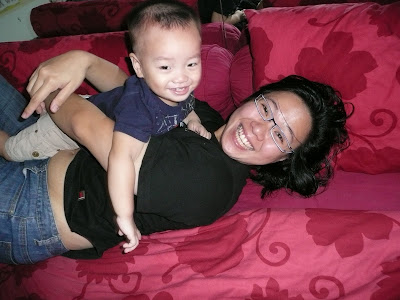 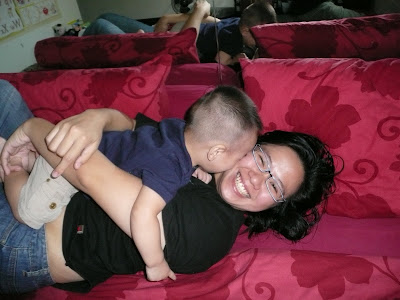