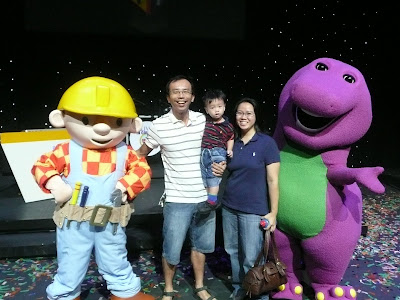 Yes, Isaac likes Barney too. The purple dinosaur. Ask him if Barney is a dinosaur, though, Isaac will give you a puzzled look. For he doesn't associate Barney as being a dinosaur. I don't blame him, since when were dinosaurs purple and so hideous looking?! 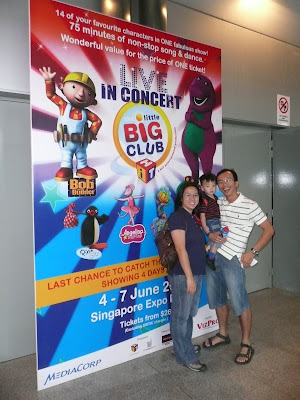 There was this Little Big Club show on at the Expo, which wasn't a full Barney performance that we would have preferred, but actually a whole hotch potch of many characters. But we decided to bring Isaac to see it anyway. 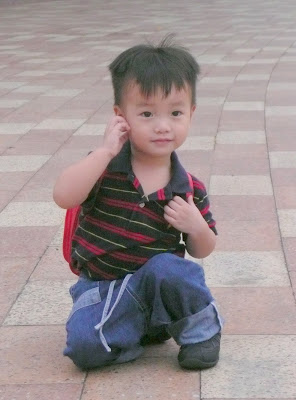 By a stroke of luck, we were somehow 'selected' for a photo-taking opportunity with Barney himself. What this meant was, we had to go down to Expo on a specific day and time, to wait for the photo-taking op. 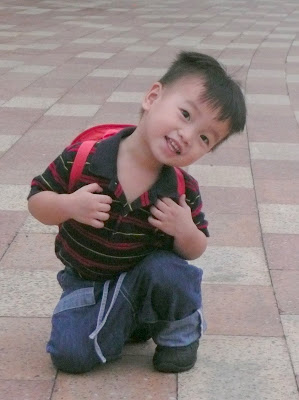 The photo-taking was literally just two snaps, from our own camera too. Which we thought the organisers were quite silly not to offer professionally taken shots for our purchase if we wanted. Thankfully the shot came out alright. 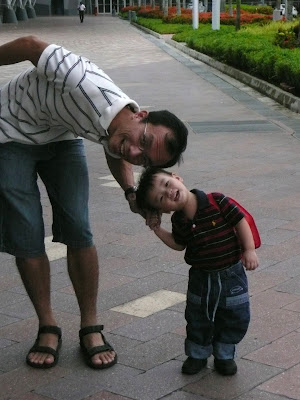 pix above taken on 4th June 2009
Isaac @ two days to 20 months
Two days later on 6th June 2009, we were back at the Expo, this time for the actual Barney show. Charlene was there too - we'd bought tix together with her parents. Of course, Isaac had to sit beside Charlene :) 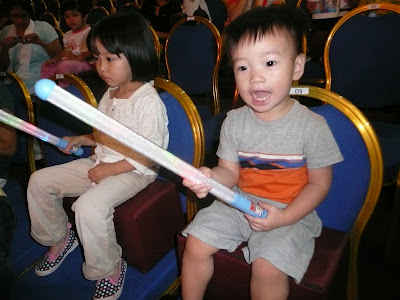 And, of course, Charlene's Daddy made sure he sat beside her. Good chaperone, he!!! hahahaha... 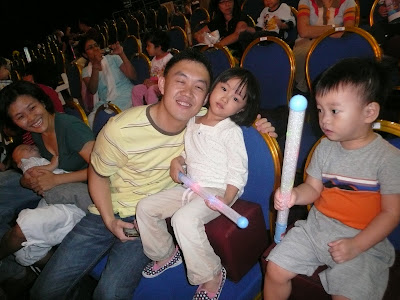 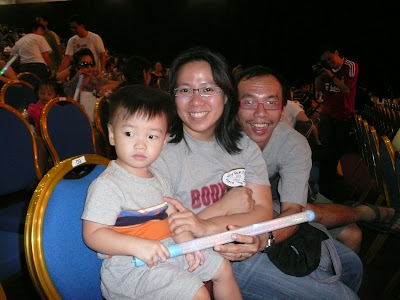 See, try as we might to take some family pix, and where/what/who is Isaac looking at?! 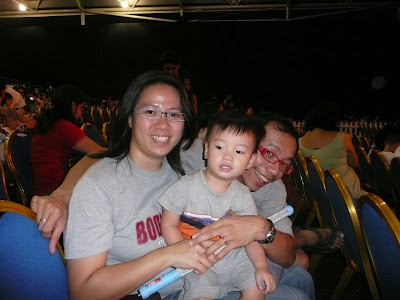 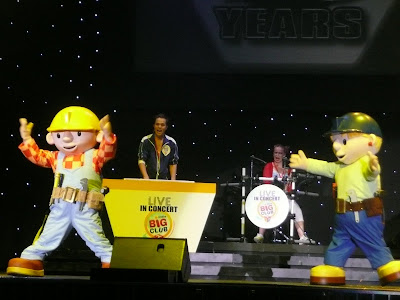 Overall, it was okay. We thought it would have been better if it was pure Barney. The only other character that Isaac knew was Bob the Builder. Still, Isaac had a blast, so no regrets! 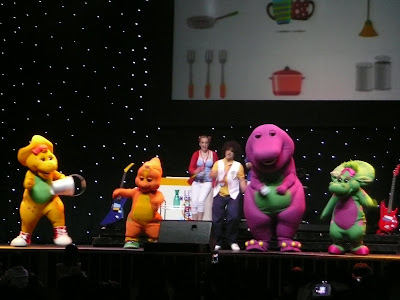