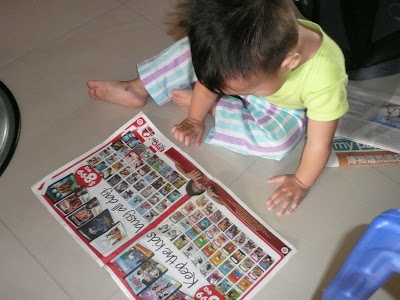 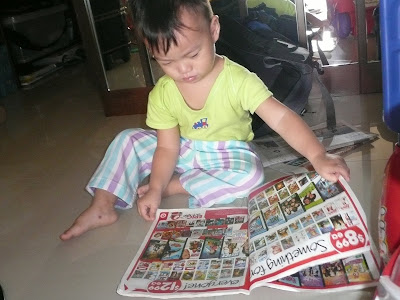 He would flip the pages oh so seriously, looking at the contents. He pointed out some cartoon character he'd recognised, but he did not ask to see any of the shows. 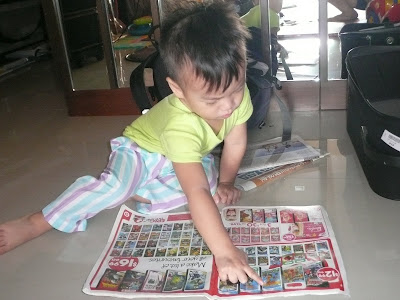 pix taken on 27th June 2009
Isaac @ 20 and a half months
The funny thing is, he does this with games catalogues too! hahahha... With the many games we have for him, the Haba and the Gamewright ones come with mini catalogues in them showing the other games that they publish. Isaac would pour over them, and actually point out games to me and say "Mummy, I wanna play this one!" hahaha... the first time he did that, I was very amused. hahaha...

Sometimes, though, it wasn't funny coz we didn't have the game he wanted to play - so I had to distract him by pointing to another game in the catalogue that we DID have, and say "Why don't we play this one instead?" Thankfully, Isaac is usually quite amenable to my suggestions! :)
Posted by Pamela at 19:23