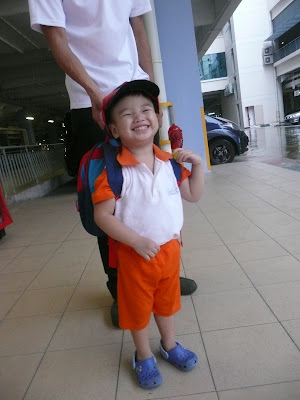 It was 24th December 2009. It was to be Isaac's last day of school at The Enrichment Classroom. Come January, we had enrolled him at the St Francis of Assisi Kindergarten for pre-nursery class. This was nearer to our place and we thought it would be good for Isaac to follow this institution through to kindergarten. 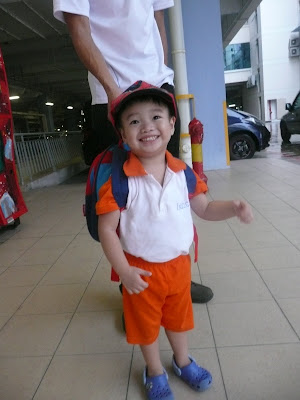 We first enrolled Isaac in The Enrichment Classroom circa Sept 2009, in a once a week - Saturday morning - 2 hour class which had a parent sit in with him. Hubbs did so most of the time while I went to swim 10 laps in the public pool. It was great exercise for me coz it took the weight off my bones for that 45 minutes or so. Ah... bliss! Till I get up from the pool, that is! 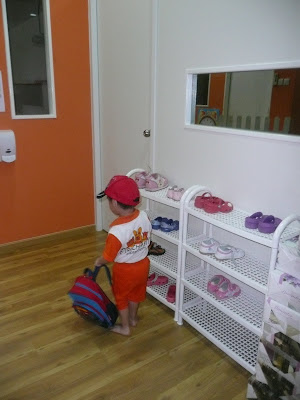 Isaac took to the sessions very well and enjoyed them tremendously, so we transferred him to a Monday to Friday 2 hour session. These he enjoyed very much too. We actually started him on these lessons as we wanted him to get used to being in a school-like environment before his pre-nursery starts in January. Coz, coincidentally, the twins were due in January - we did not want Isaac thinking that we were packing him off to school coz of the babies. 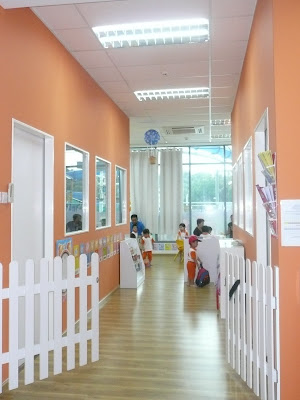 Before Isaac started attending these lessons, he'd already knew all his ABCs, colours, shapes etc. But attending lessons taught him to sing songs and reinforced his alphabets and all. Lessons also gave him a chance to do fun little art & craft items which he'd bring home everyday. 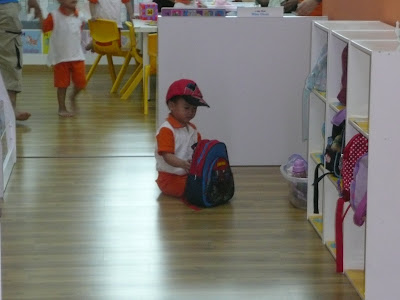 pix taken on 24th December 2009
Isaac @ 2 years 4 months plus
Overall, we had a very good experience with The Enrichment Classroom, and would consider it again next time should we need to send the twins for something similar. We would also have no qualms about recommending this place. In fact, we were kinda sad to have to pull Isaac out, but life moves on yeah :)
Posted by Pamela at 20:23