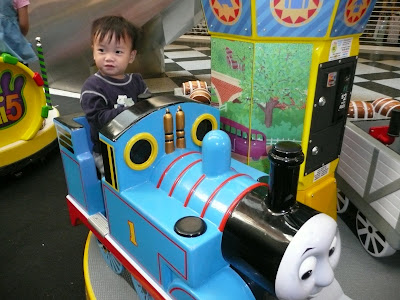 At that time, there was this Thomas kiddy ride at Jurong Point. There was also a Barney one next to it. On weekends when we would sometimes go to Jurong Point for breakfast, we would always swing by these machines after breakfast, for Isaac to play on them. 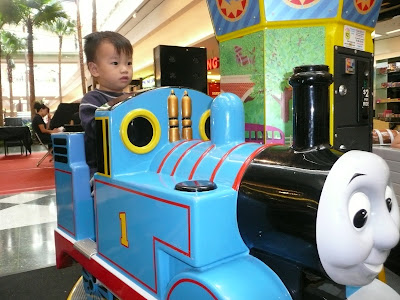 As mentioned in previous posts before, we didn't believe in putting in coins to set the machines moving for short-term pleasure, when Isaac would be perfectly happy sitting in them for longer stretches of time. 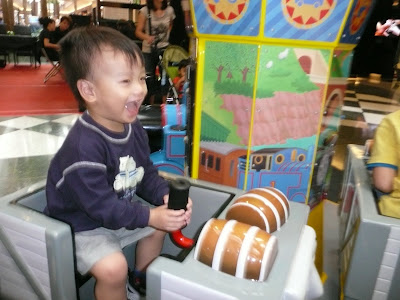 But you see, this particular ride had 3 seats. And just this one time, a lady was there and she was going to insert some coins to get it moving, for her 2 sons to sit. She kindly offered me to let Isaac sit in the third seat. 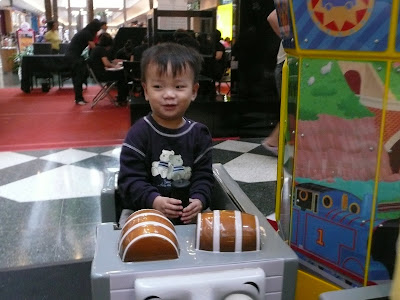 I found it hard to reject her offer, although I was afraid that I might be opening a Pandora's Box here... So I agreed to let Isaac sit... And look at him... he was very pleased! I started to question myself, whether we should be 'depriving' him of such simple joys... 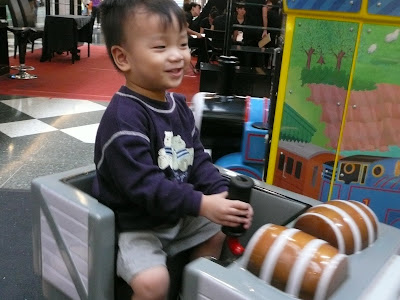 pix taken on 25th July 2009
Isaac @ 23 months plus
However, the music and the machine stopped soon after... and Isaac, bewildered by the stopping, started to ask for the ride to start again. Soon he began whining and crying... And then he wanted me to carry him to be comforted, coz I had refused to insert coins to start the ride...