On 9th November 2009, Isaac came back with this headgear. He'd made it in school. Apparently, it was supposed to be a crown! He loved it though, and kept wearing it the whole night. 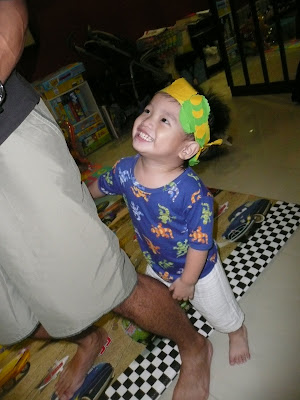 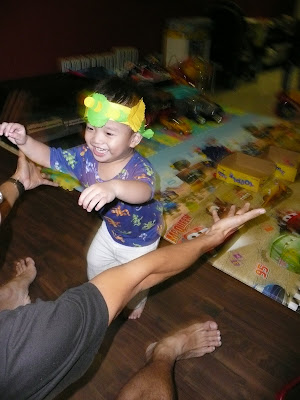 It was pretty cute I must say. Then again, maybe I'm just saying that coz it's my uber cute son wearing it. kekekke... Guilty as charged! 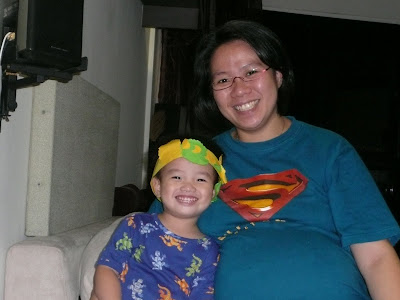 Above pictures were taken on the 9th November, below pix on the 18th November, when Prince Isaac was  parading around in his crown again. We've a video below of Prince Isaac playing with his King Papa. 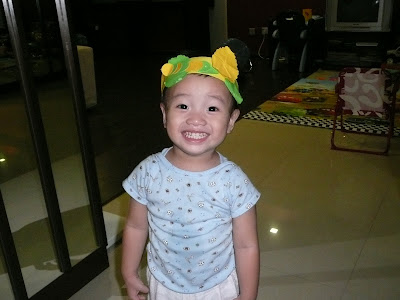 Isaac's signature grin tends to have his eyes being made into such tiny slits that they look like they're closed (below). So we always tell him "Isaac! Don't smile like that! Can't see your eyes! Make your eyes bigger!" And the result is the above! :p 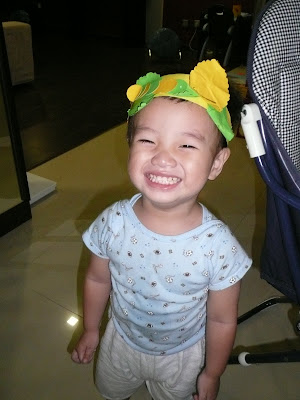 If you compare the two pix that I took with Isaac just 9 days apart, you'd see how my face became more puffed up in the pic on the 18th! Towards the end of my pregnancy, the water retention was more obvious. This is normal, I guess. And also, this time round, water retention struck me much later than it had that time with Isaac. So, be thankful for small favours such as this! :) 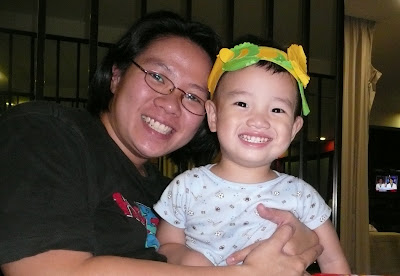