So what is croup?

Basically Croup or Acute Laryngotracheobronchitis (ALTB) is a viral infection of the throat (upper airway). The virus causes swelling of the voice box (larynx) and windpipe (trachea). The swelling narrows the airway and makes breathing hard. 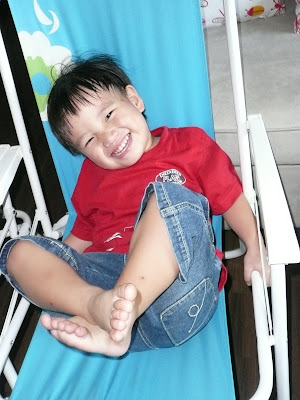 As the upper airway (the lining of the windpipe and the voice box) becomes progressively inflamed and swollen, the child may become hoarse, with a harsh, barking cough. This loud cough, which is characteristic of croup, often sounds like the barking of a seal.
If the upper airway becomes increasingly swollen, it becomes even more difficult for a child to breathe, and you may hear a high-pitched or squeaking noise when a child inhales - this noise is called stridor. 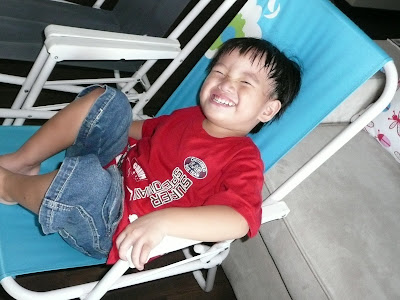 We first came across croup... with Isaac. One night, a few months before he turned 1 year old, he was sleeping fine when he suddenly started coughing and made weird noises. It was clear that he had difficulty breathing, and so we quickly brought him to the hospital as an emergency case as it was in the wee hours of the morning.

He was put on the nebulizer, and after observation for two hours, cleared to go home. The first time this happened, we were scared stiff coz it seems like his life was in danger, he was literally having problem breathing. 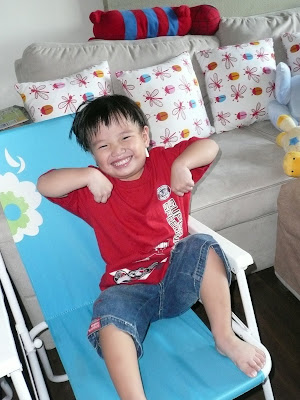 After that first incident, when Isaac was more than a year old, it happened again. Also in the wee hours of the morning, we brought him to hospital emergency again. Same drill - nebulizer, observation, clear to go home. This happened again after Isaac turned two. We were beginning to think that he had 'budgeted' himself to have croup once a year! 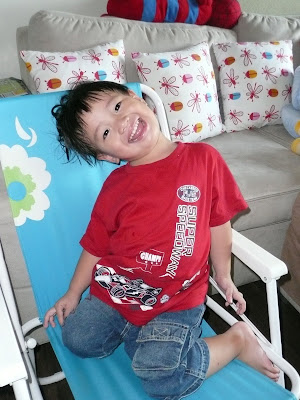 If you're wondering if I ever written about this croupy business with Isaac - well, I didn't. The first time it happened, I was so traumatised that I just pushed the entire incident out of my head. Me, the stickler for dates and details, can't even recall when it happened.

Subsequent times as well, I was just too disturbed by it to write about it. The ever optimist, I only want to remember happy things ;p Furthermore, with Isaac, it was usually very short episodes. Once we got him to the hospital and had him nebulised, he was fine. 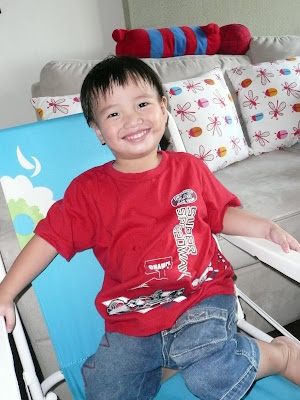 pictures taken on 1 May 2010
Isaac @five days to 2 years and 9 months
However, this time, it was so eventful, that I felt the need to blog about it. I wonder what started it all. Was it Isaac's cough germs that spread to hubbs and the babies? Or was it hubbs' virus that wrecked this havoc?

We'd probably never really know. As of today, Thursday 8th July, the twins are breathing better, no more croupy sounds. But they're both still coughing very very badly. hubbs is still not completely well yet: no fever, but still has sore throat, cough, stuffy nose etc. But he'd much better than before.

As for me, my fever is gone, and now I just have a stuffy nose, cough and sore throat. Of everyone that fell sick, I have the mildest attack already, so I'm not complaining. Let's hope we'd be completely well before this week is over! :)
Posted by Pamela at 13:23