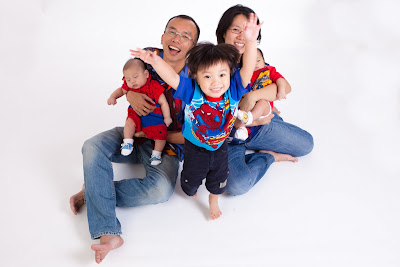 Early one morning, when we just woke up... I had Shawna with me on our bed, and Isaac was up already... We were just stoning, not fully awake yet, when... 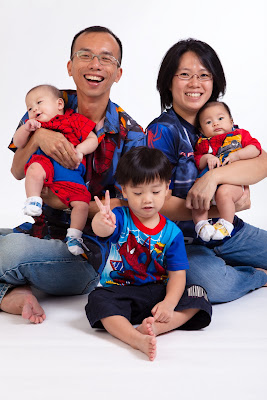 Such a charmer he is. Oh, but did I tell you what he's been doing lately? He been using my flabby tummy as his punching bag!!! He comes up to me and starts slapping and punching my flabby tummy and I'm like "WHAT ARE YOU DOING?!" then he goes "I beat your stomach!!! Hahahahha" Gosh. He sounds like me. hhahahhahahaa... 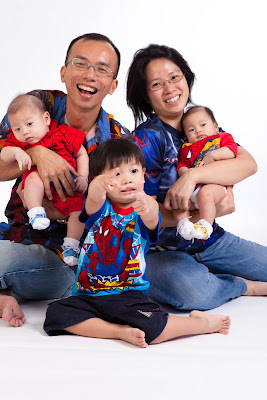 Time really flies! It's been almost 5 months since we took these pix! Shawna is starting to crawl as well, and both of them have teeth out (ouch!). They both now "recognise people" and would often cry out to me and hubbs when they want us to carry. They have also started on semi-solids - baby cereal etc (Frisocreme smells great!). They're turning 8 months old soon, on Sept 6th (which is Auntie Hweech's birthday! Gosh I must remember on the actual day itself!!!). Before we know it, the twins would be a year old!!! wow!!! 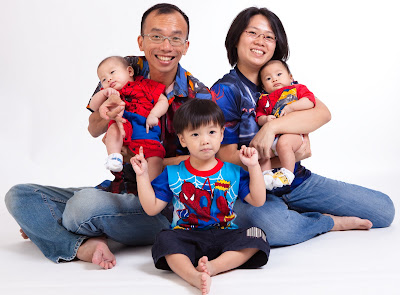