Actually, personally, I don't use the phrase "wah lau" very often... I prefer the more gek seh, angmohfied "wah lioaz" - I also think that this version is not as vulgar. As for hubbs... well... compared with the time before we got together many years ago - think his language use is definitely more refined now :p 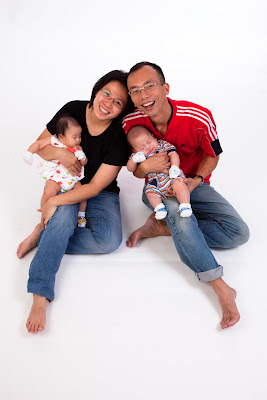 I also constantly remind him that we have to watch our language in front of Isaac, as kids learn by osmosis and I would have no doubt he would pick up stuff from us. Hubbs used to shrug me off, especially when Isaac was younger. But I remember one of the incidents that really surprised us was when Isaac was only about 2 plus years. 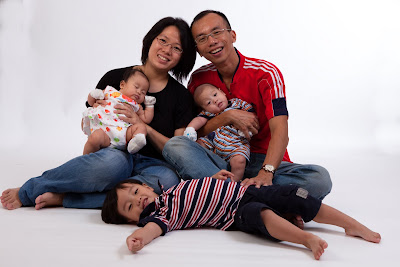 Incident #1: Isaac was in the car with hubbs, and hubbs drove and was about to exit the carpark, when he realised that his cashcard ran out of money. And we were in a rush. So he went:"F*ck!" under his breath. But Isaac heard him and said "F*CK!" !!!

Incident #2: Isaac was with me this time. I can't recall exactly what happened. Also in the car I think. Something happened lah, and I muttered "Sh*t!" - and Isaac heard and went "SH*T!!!"

yikes!!! really shocked us at that time cos he was really quite young. 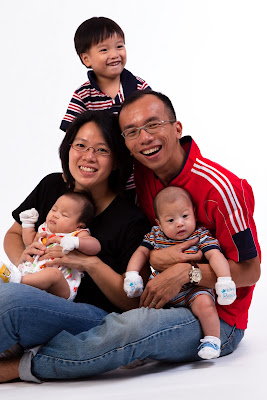 But recently, we're realising more and more how fast Isaac is picking things up from us (or whoever!) that we're really amazed at how quickly he learns... and how carefully we really have to watch our language now!

Hubbs was driving home, and going rather fast at that, coz it was late (sunday night) and we had to work the next day... The road was pretty bumpy and it didn't help that hubbs was going fast, so the car was moving quite a bit... Isaac was trying to drink water from his water bottle.

Isaac: Wah lau, Papa, you make me spill my water already.
hubbs and I started sniggering, coz he said "wah lau".
Me: Isaac, who teach you to say "wah lau"? I mean, who says "wah lau" at home? Is it Papa?
hubbs: Hey... me meh? No, Isaac, who says "wah lau" in school or at home? Who?
Isaac laughs and laughs and said again "Wah lau, Papa you make me spill my drink AGAIN!"
Me: Who? who? Who says "Wah lau"? you learn from who?
Isaac: You don't scold me for spilling my water ah. You see lah. Wah lau.
We couldn't stop laughing.
Me: Isaac, don't say "wah lau" lah, so vulgar. Can you say "Papa, please drive more carefully so that I won't spill my drink."
Isaac: Wah lau, my drink spill already.
hubbs: hahahaha who say wah lau?!
Isaac: *grinz* Shawna!
Me: Really???
Isaac: No, Asher!!!
Me: *scowl* Are you sure?
Isaac: ALYCIA!!!
Me: Yeah right. 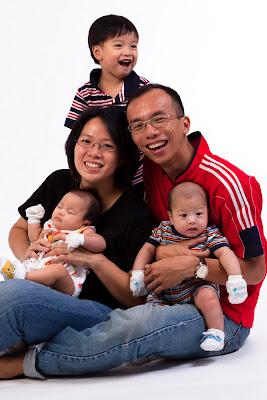