Our estate - nice right? hahaha... hubbs and I first saw it at like 10.30pm one night - less than 48 hours later, we were at HDB trying to book one of the flats. At that time, we were lucky coz there were 10,000 surplus flats, and so we could literally walk in to HDB and buy a flat - no need to queue for 3 years or ballot for flat. That was back in 2004 when we got the flat. 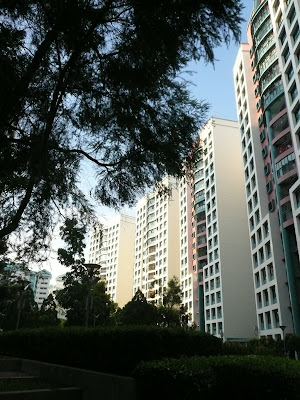 When Isaac was a baby, we would bring him down for a walk almost every weekend morning. Usually, we'd go for breakfast and spend a little time walking downstairs, taking in the fresh air and getting to know our neighbours. 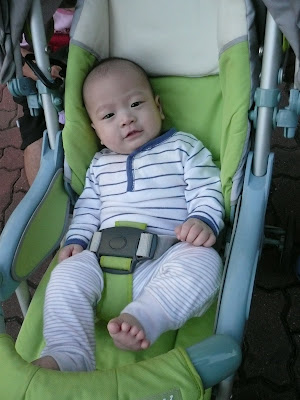 It was interesting that we hardly met any Singaporeans - all those we met who brought their babies down for a stroll, were all from China. As a result, we knew (by sight) quite a few babies around Isaac's age, and the babies' grandparents or parents. 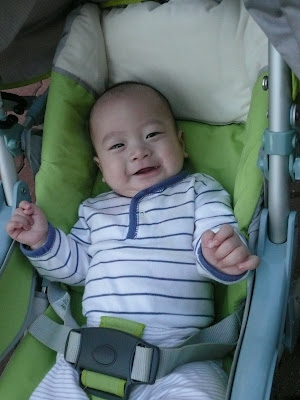 Those china babies were huge! Most of the babies who were born in the same month as Isaac all looked at least 2 months older than him. Conversely, those who were younger than Isaac for 2 or 3 months, all looked the same size as he was - and Isaac was quite big actually! hahaha 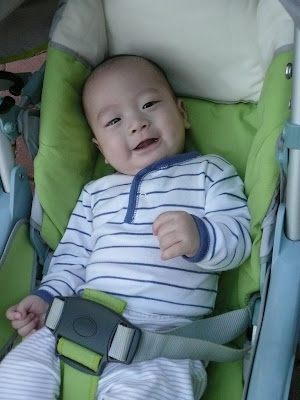 This time with the twins, as we have Isaac to take care of as well, they're quite a handful for us. And hence we haven't had much chance to bring them down for a walk. But on this fine day on 31st May 2010, we did! :) 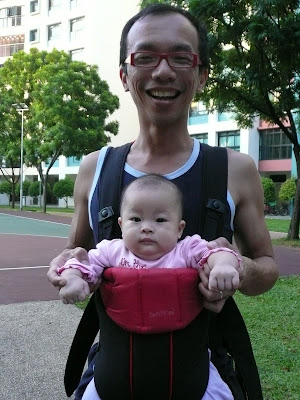 Hubbs and I managed to bring all three down on our own. First I made sure to feed both Asher & Shawna. Then, we put Shawna in the Baby Bjorn, and Asher in the stroller, and down we went! Lucky Isaac wasn't crankly and was happy to walk on his own. 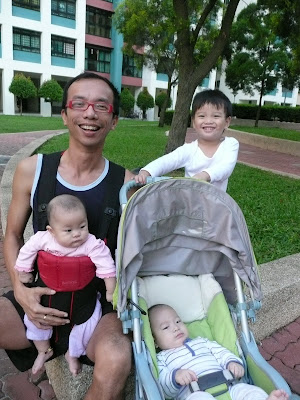 We bumped into quite a few china grannies and grampies with their grandkids, and even a few from "Isaac's time" - who now have younger siblings too! :) As always, they were very congratulatory when they found out that we have dragon-phoenix twins :p 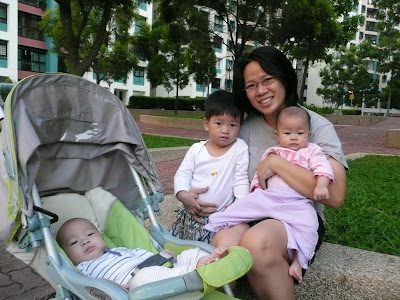 Everyone still looks a lil puffy from having just woken up not too long :p Asher and Shawna are still quite botak from their shave. 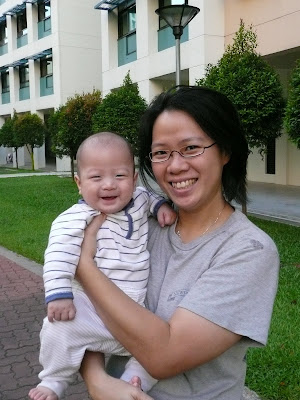 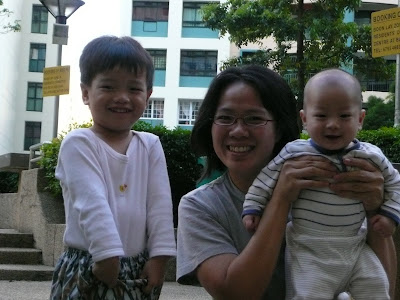 Isaac was very sweet, he wanted to push the stroller, and was doing a great job though he could hardly see where he was going! 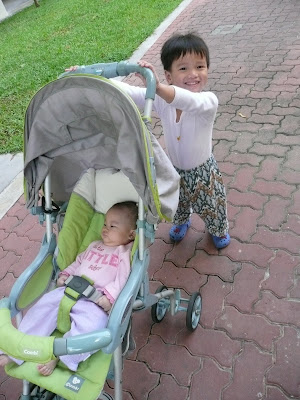 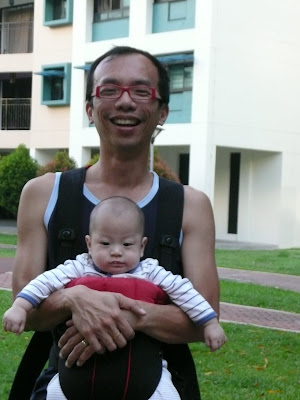 Sometimes Isaac is the one that acts up and wants to be carried, or insists on sitting in the stroller. So that's why, after some trial and error, we figured that we need at least 3 adults to bring all 3 kids out, and one stroller is enough. No need two. Having two is often more a hindrance than a help coz we'd have too many things to handle. 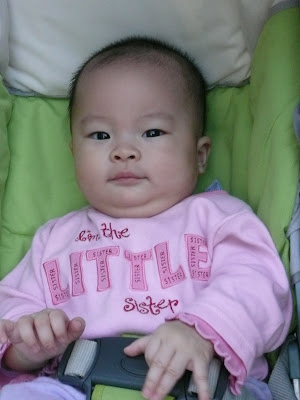 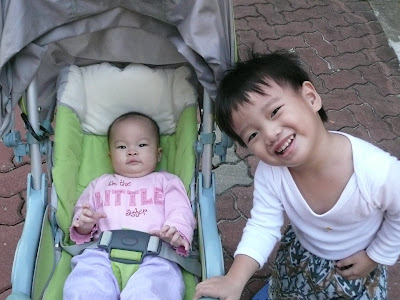 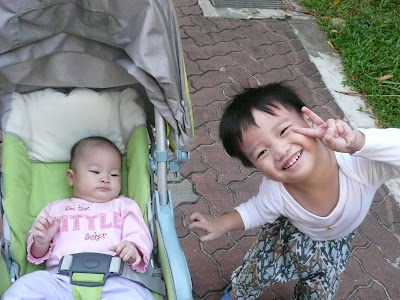 He started doing this kawaii pose with the two fingers. Hilarious, coz we didn't teach him and we wondered who did. After much asking, he revealed that it was Teacher Lina who taught him to pose with the peace sign like that :) 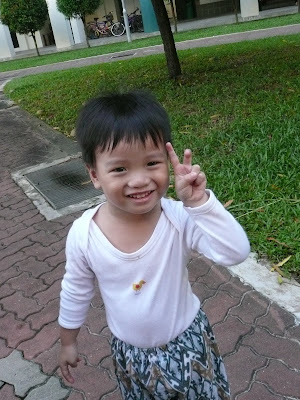 Isaac kept 'sticking' his peace sign to his face that I had to specifically tell him not to do so! So he was quite conscious to hold his hand apart/away from his face :) 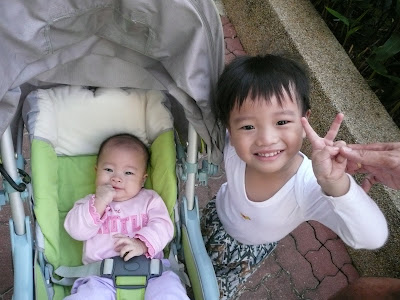