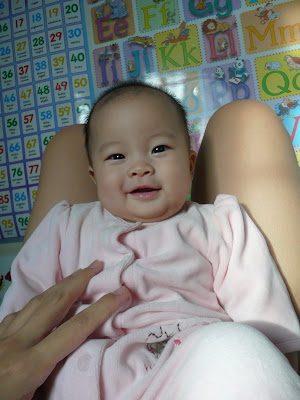 More pix of Shawna smiling! There is definitely no intention of taking more pix of Shawna than Asher or the twins than Isaac, nor vice versa (had to state it for the record ;p) - kids are kids, you just have to take pix when the timing is good - as in, they're smiling! 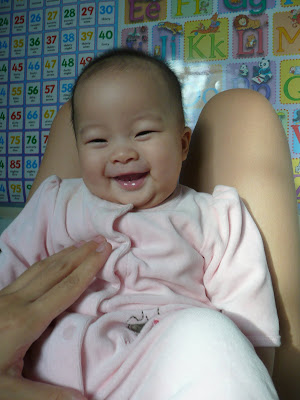 That's the key to good pix really - in my opinion. You just have to have your camera on standby, and be ready to whip it out to take pix when the kids are in a good mood. But, the kids are no necessarily in a good mood at the same time! So, that's why you end up with more pix of certain kid sometimes. 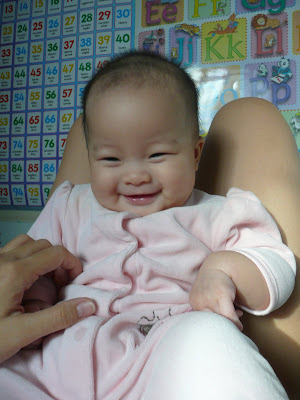 Shawna's a sweetie. So is Asher. He is smiley most of the time as well and he has this laugh-out-loud laughing gig that's really a joy to see and hear. Isaac - his school teachers have it best - they get to see him when he's well slept, well fed and all - so he'd be in a good mood. After school, when I pick him, he tends to be tired and cranky. But in his element, he's as smiley and cheerful as he's always been since young. Just that now, he's an attitude of his own. Cheeky!!! 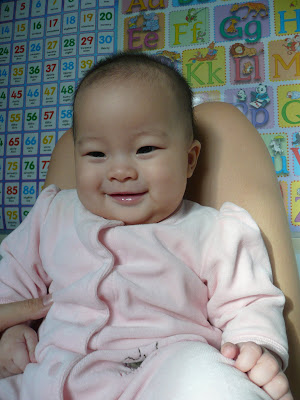 Asher's sitting!!! A few days ago, I saw him sitting. And I heard that he's been pulling himself into a sitting position from a flat down position. Good job, big boy! :) He's also learnt to "recognise people" as well. But he's still not as particular (as Shawna is) about strangers carrying him. 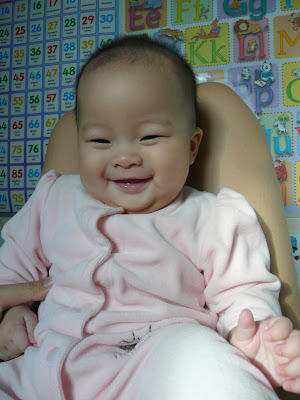 Here's Asher below - cool shot, I thought - even though he's not smiling. This is his favourite proning position. He likes to prone like that and can do so for pretty long periods of time. Shawna prefers to sit. 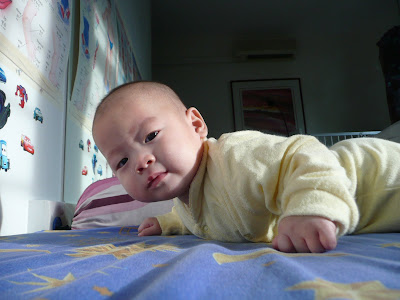 My cheeky Isaac. The just wake up look! Been awhile since we took some of those pix. 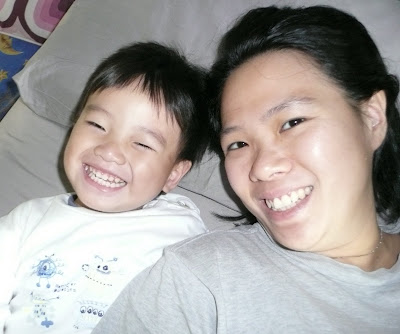 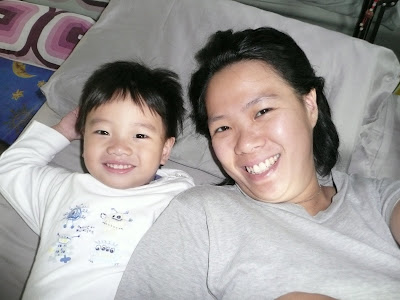 The twins pix - always gotta have some pix with the both of them side by side, right? :) I try to take some of this (got to!!!) but always make sure I take some of them individually as well. 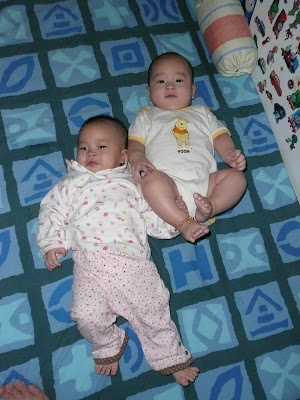 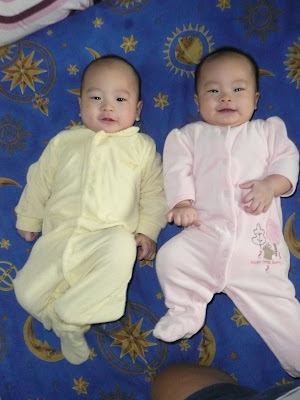 My mum, my sister and my relatives all claim that Shawna looks EXACTLY as I did last time. hubbs' relatives also proclaim that Shawna has eyes unlike any they have seen in their grandkids that side of the family - indirectly saying that she has my eyes. So I have full claim on Shawna and hubbs has full claim on Asher (no contest either - everyone agrees that Asher's a photocopy of hubbs). 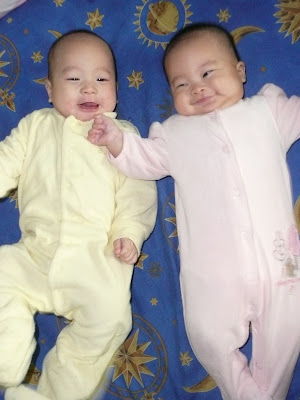 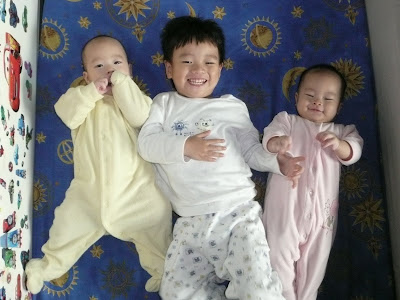 My three babies!!! Isaac's been saying he's a baby :) You know, the funny thing is, since he was born right up till now sometimes even, people call him Baby Isaac. Always with the prefix "Baby". But with Asher and Shawna, they've always been Asher & Shawna. Not Baby Asher, not Baby Shawna. Odd huh. Hahaha. I always tell Isaac "Yes, Isaac, you'd always be my baby :p" 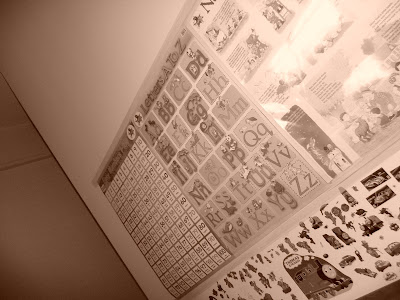