Where have all my friends gone, Mummy? 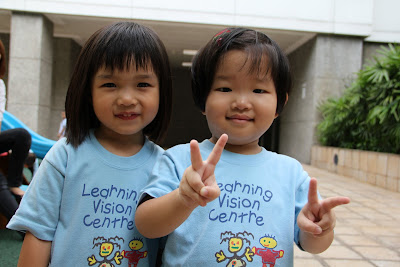 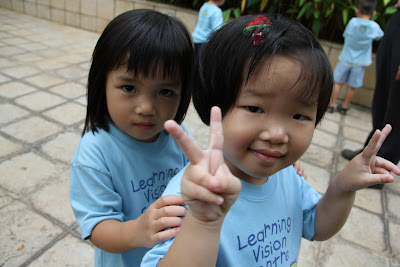 Time goes by so fast. We feel like Isaac's been at his school forever - but he actually only started attending it in mid March 2010 - just 8 months ago. During this time, he's had new friends join his class, and friends leaving...

Isaac's a bit too young to "feel" it, but I do. Maybe it's just sentimental me. 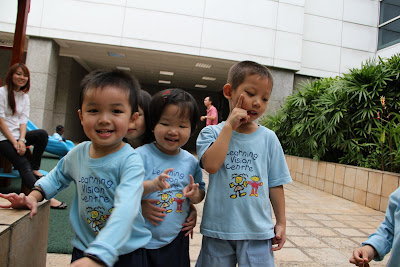 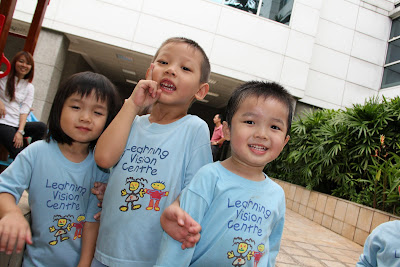 First it was Teacher Foong Ling. She left a couple months back, to seek greener pastures. I'd come to be friends with Teacher Foong Ling, Teacher Lina, Lao Shi, and a lot of other teachers in Isaac's school. It was like losing a friend, somewhat.

Isaac took Teacher Foong Ling's leaving better than I thought he would. He only kicked up a fuss once, asking for her. But he always always still mentions her as one of his favourite teachers, when asked. (Oh you can see Teacher Foong Ling in the corner of the two pix above! :p) 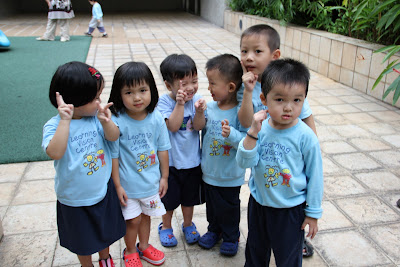 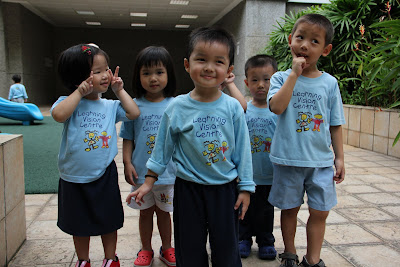 He's now closer to Teacher Lina more than ever. And I really wonder how he's going to take it when he 'graduates' from N1 class this year, to be in N2 class next year - and he has to have a new teacher, as Teacher Lina would teach the new N1 class...

But like I said earlier, I think he may still be okay since he'd get to see Teacher Lina in school still... but I think he may throw tantrums and demand to be with Teacher Lina at the beginning of the new school year. Then again, maybe he'd be okay since he'd have all his friends with him... OH! Which reminds me, I have to ask the teachers whether they reshuffle the kids amongst classes... 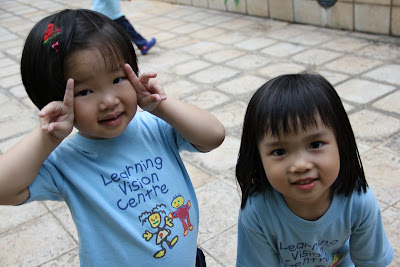 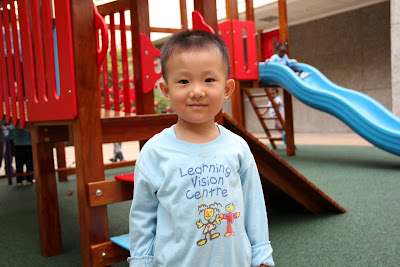 Arash is this cute Iranian boy, who likes Cars, very active, and enjoys playing with Isaac. Isaac would want to bring his Cars stuff to school or wear his Lightning McQueen t-shirt to school so that he can show it to Arash. Next to Alycia, Teacher Foong Ling tells me that Arash is probably his "next best friend".

Arash's family was moving to the UK. Think his Dad was going there to work, or something like that. And so they went. Isaac still talks about Arash as though he was still coming to school. Though recently, he has been telling me that he and his friends and Teacher Lina are going to visit Arash in the UK.

When Isaac tells me about his upcoming UK trip, I ask Isaac if he misses Arash, and he'd nod and say "Yes." Then he'd look out of the window. I feel sad for Isaac. I miss Arash too.

I don't have Arash's picture in this post, but I know I have his pix in my computer. Must have been taken at a later time. You'd see it :) 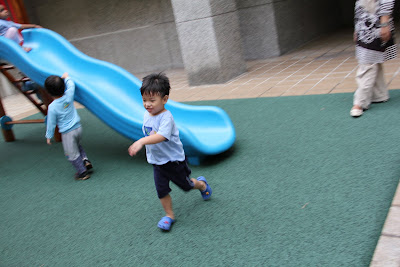 Now, this picture below, is Nadira. Which reminds me - I haven't seen her for a long time! I must remember to ask the teachers if she is still in school. She wasn't in Isaac's class, but the other N1 class, I believe. She was sweet and smiley and I have some great pictures of her here. 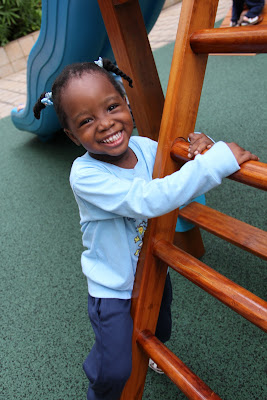 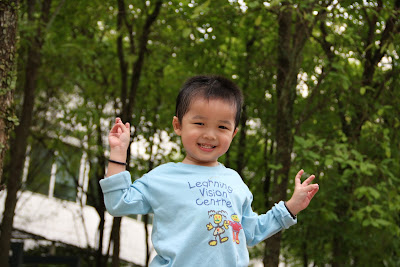 Cheng How and Macy love to take pictures! Whenever I take pictures of the kids, Cheng How would rush to be in front of the camera. Very sweet and vibrant boy :) Macy too, would enjoy posing for my camera :) 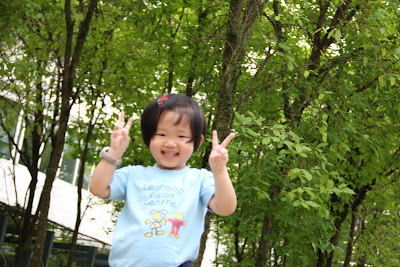 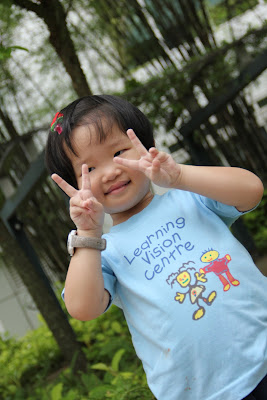 Coming back to my topic... guess what I heard a few weeks back? Xinrui's gonna leave too!?! Her family shifted from West Coast to Jurong, and so they're gonna switch Xinrui and her sister Xinyi to the Learning Vision @ Icon in International Biz Park!

:( *groan* so sadz!!! Another friend gone! Just yesterday, I saw Xinrui's mother in school. We speak occasionally in school when we see each other. I asked her when their "last day" was, and she said it was end of this month, 24th or 26th November, something like that.

I don't recall frowning or anything, but I must have looked kinda sad coz she immediately said she'd leave her namecard in Isaac's bag so that we can keep in touch when they change centre. I smiled and said "Yes, of course!" But I know it'd be tough. Besides, it's Isaac I feel sad for. He wouldn't be able to play with Xinrui everyday anymore. 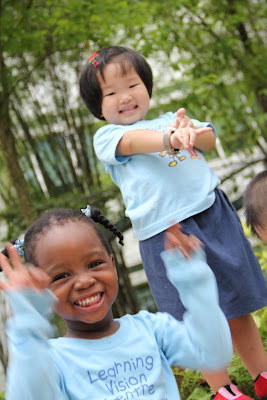 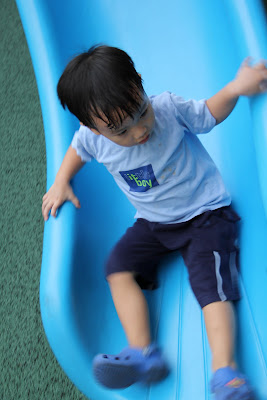 pix taken on 24th June 2010
Isaac @ 2 years 10 months plus
all the kids @ around 3 years old
Maybe it's just sentimental 'ol me. Tearing as I write this post (I can't believe it. SIGH). But such is life, I suppose. People come and go in our lives. There's this quote that goes something like "Some people are in your life for a season, some are in your life for a reason." I can't remember the exact wordings already. But yeah, I believe everyone is in my life for a reason, even if only for a season.

I'm just not looking forward to Isaac asking me "Where have all my friends gone, Mummy?"
Posted by Pamela at 23:23