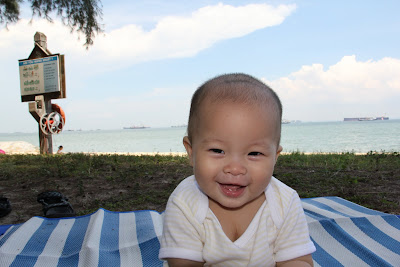 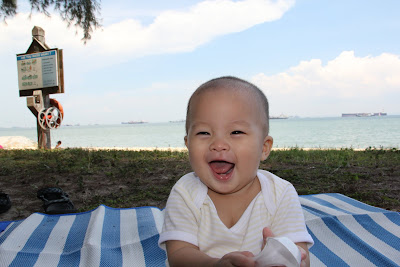 We laid our picnic mats on the grass by the beach, instead of crowding with everyone else under the tent. We weren't really interested in the live entertainment by the event company - we just wanted to have a picnic! :) Look! I managed to get great pix of the kids! :) 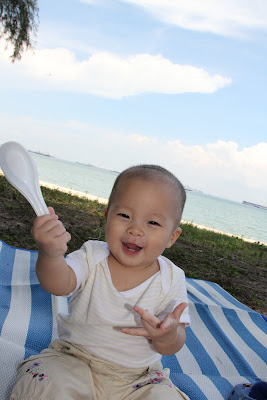 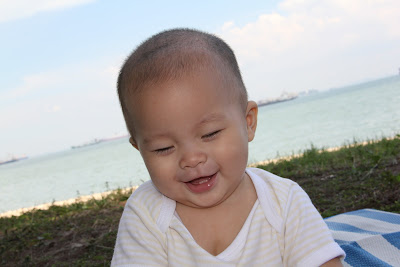 You may be wondering why I chose to include this picture above when Shawna's eyes are closed... that's coz... (can you guess??? kekeke...) *whicsper*coz can see her cleavage!*whisper* !!! hahahaha... yeah it's hilarious, from when Shawna was quite young, we joked that she had a cleavage. Just somehow looks that way. And... luckily it's Shawna having the cleavage and not Asher lor... :p 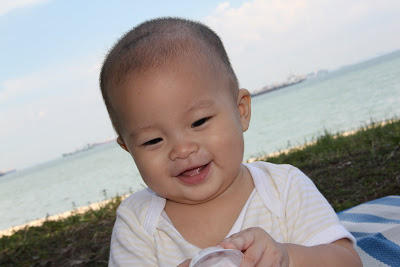 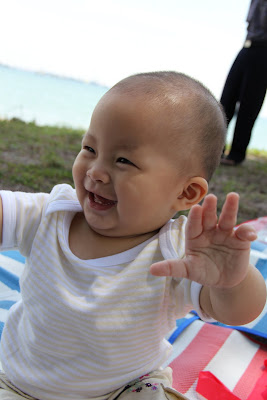 Shawna's usually very smiley, just like that. She laughs easily and smiles a lot. Just that sometimes, coz this camera's too big and bulky to spring out of its case very quickly, I don't very often get to catch the kids when they laugh. But thankfully they smile and laugh very often :) 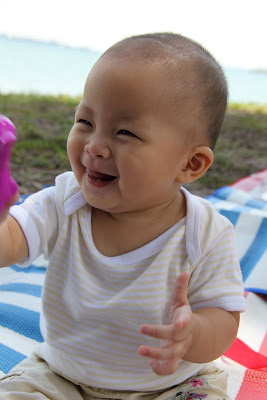 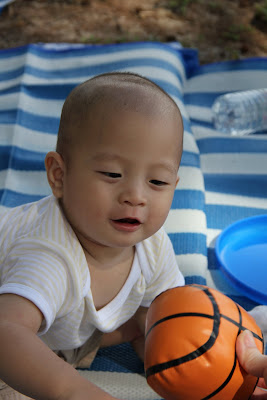 My Asher boy. Did you guys have problem telling them apart now that their hair is all shorn off? (Is there such a word as "shorn"? Why is Blogger putting a red squiggly line under the word "shorn"? Just checked! According to the online dictionary, the definition of "shorn" is "past participle of 'shear'"!!! kekeke... there is hope for my England yet) 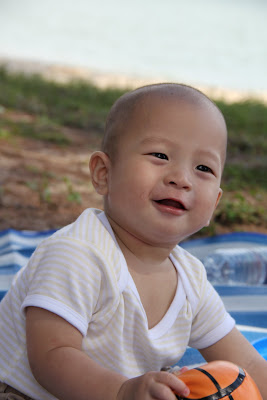 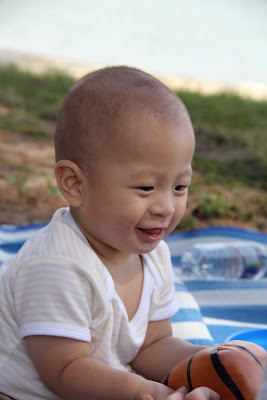 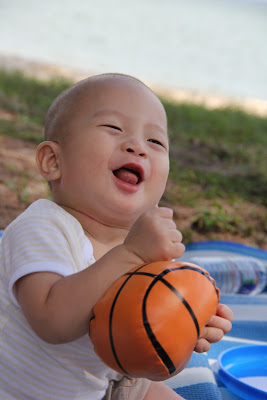 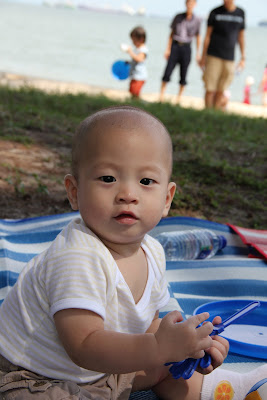 Pictures of babies smiling are like the best pix ever. They just cheer up your day, don't you think? :) Some people have told me that when they read my blog, it makes them feel like they wanna have kids immediately. Or have more kids! Yay! :)

Oh and for the record, I have kids coz I love kids, both hubbs and I do. We both love kids and that's why we want to have kids. I cringe when people tell me "Ooooohhh!!! You have so many kids! You are soooooo PRO - PAP/Government. Lee Kuan Yew must luurrrve you!!!"

You know what's my response? I would open my eyes wide, look at them very solemnly and innocently and say:"You mean to say that YOU had kids coz you are PRO-Government?! You had kids to make LKY happy???" They would immediately drop jaw and shake their heads vigourously and say "No, no, we didn't! We didn't!!!"

Me:"Then why did you think we had kids to please the Government? So silly. We had kids to make OURSELVES happy!!! hahahhahahaa..."

Now, that usually shuts them up :p 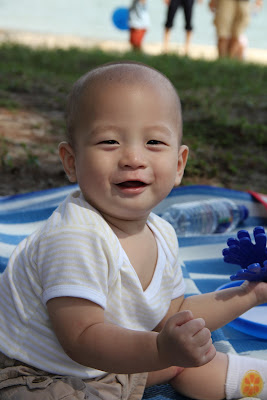 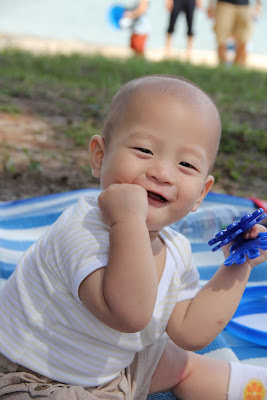 My Isaac and his H2O :) hehehee... it's MY favourite drink, really. hahaha... well, one of them! Think it's one of Isaac's favourites as well... kekeke... Do you think Isaac can get an endorsement deal with H2O with the pic below? :p 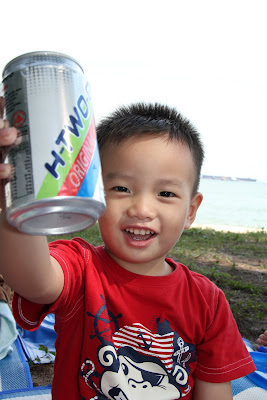 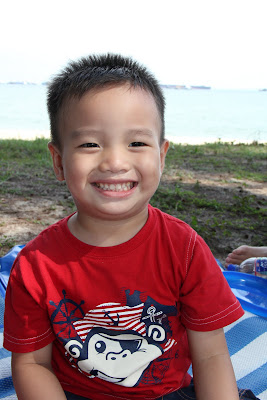