Beautiful kids, they are!

So! How are you liking the pix from my new Canon SLR so far? Not too shabby, eh? :)Then again, perhaps it's nothing to do with the pictures - it's the subjects! They're all beautiful kids, aren't they?! kekekeke... yes yes, beauty lies in the eye of the beholder... But TRUE beauty knows no bounds :p 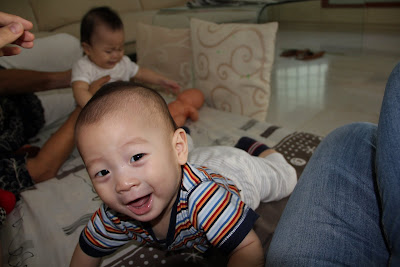 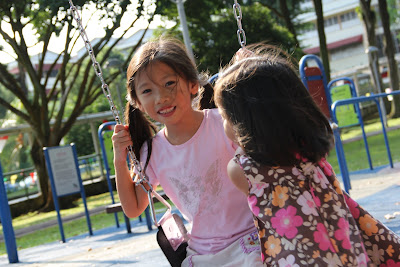 Asher in the first pic, with Shawna in the background. Then, above, Rebecca on the swing, with Natalie in the flower dress. 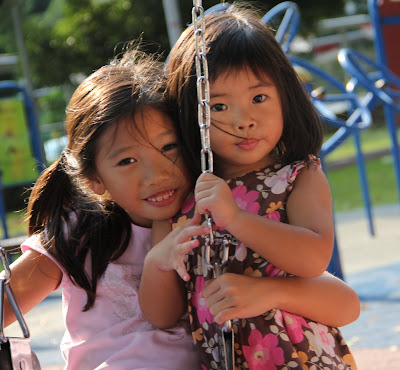 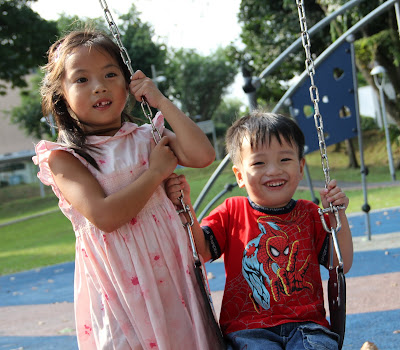 Isabelle and Isaac. Sometimes, we joke that these two are the "twins" (instead of Natalie and Isaac who are of the same age). That's coz Isablle and Isaac have rather similar temperaments. They both have that ultra competitive streak that causes them to flare up when they do not win. We find Isaac going through phases which Isabelle used to go through. Seeing that Isabelle is much better behaved now that she was when she was younger, we have hope that Isaac will get his temper under control when he gets older. We hope. We pray! hahahaha... 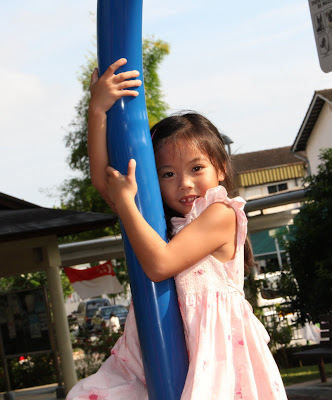 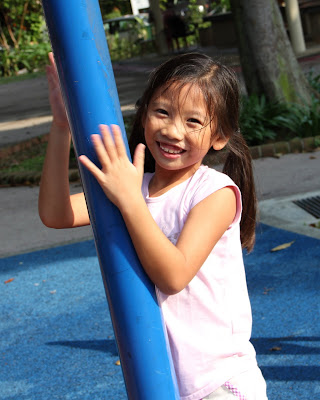 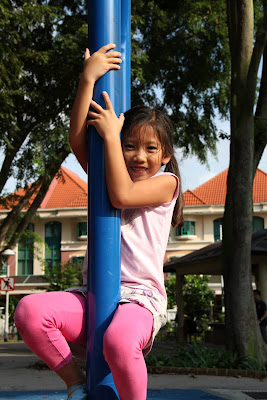 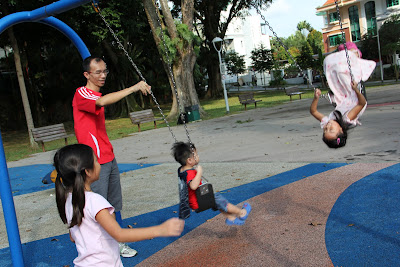 Above: Isabelle, Rebecca, Rebecca, and Isabelle upside down!?!? This pic looks scary! hahahaha... The swinging reminds me of how, when we were young, there was one year when we celebrated Christmas at Auntie Helen's house. And then Doranna & Melissa brought us all down to the playground where we split into two teams and had a competition on who could swing the highest. Everyone shared their techniques on how to swing higher... and that was how I learnt that particular skill! :) 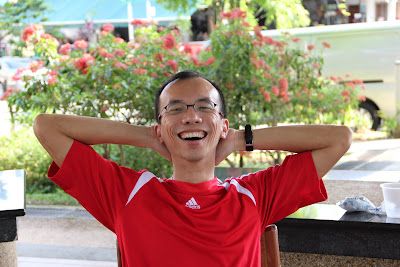 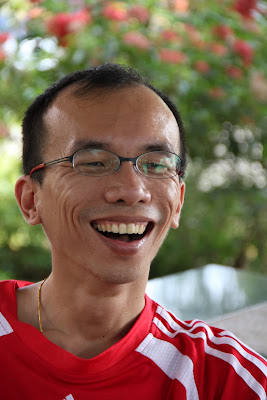 Dear hubbs :) Charming hubbs! Smiley hubbs! When people say "Your children got your husband's smile!" And I'm like "Hey! What about me?! I dun smile meh?!" hahahaha... But yah lah, got people say my kids have my smile as well. Then, some people say hubbs and I look alike. That we have the "fu1 qi1 xiang4" (literally translated as:"husband-wife look") - they say we have the "same mouth" - but I think hubbs' mouth is bigger... HAHAHAHAA... 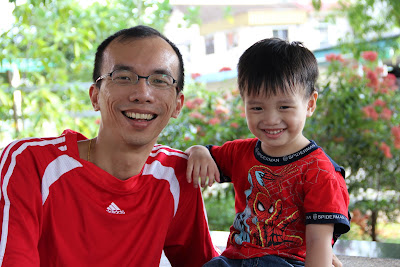 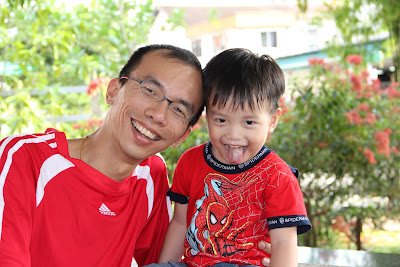 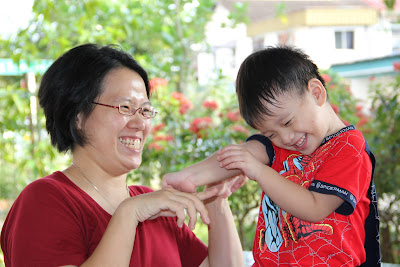 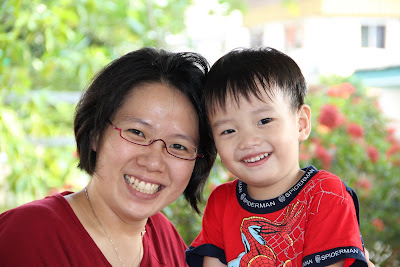 Isaac, dear Isaac... can be most charming when he's not throwing a tantrum. Which seems to be fairly often nowadays. We're praying that it's part of his Terrible Twos & Tiresome Threes repertoire, and that he will outgrow that SOON (since he turns 4 in August 2011!). 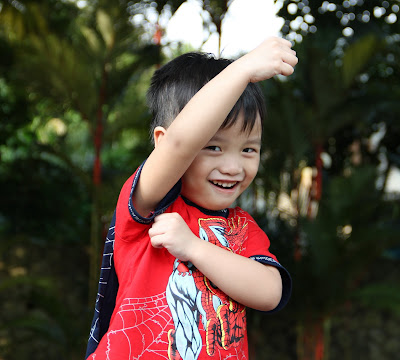 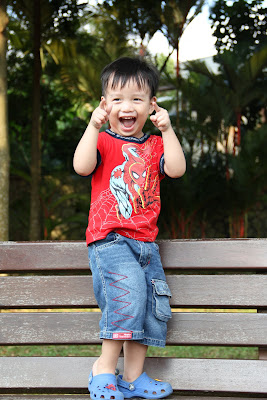 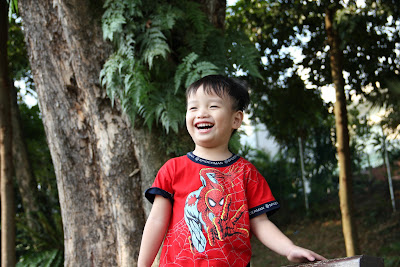