How fast they grow! 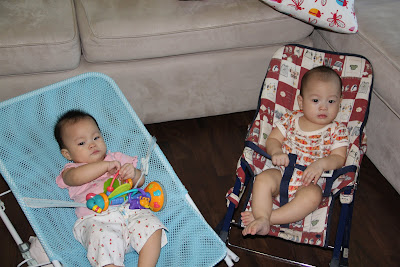 Looking back at these pix, do I realise that Asher and Shawna has lost some of their baby fat. They are not as chubby now, as they were in these pictures. Didn't realise it till I saw these pictures. 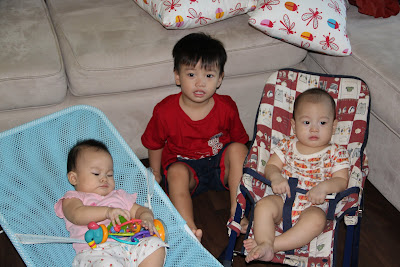 Isaac too, had pretty long hair then. That must have been before he'd allow me to cut his hair with the electric hair clippers aka shaver. I kinda like Isaac with the longer hair look, but then, it'd be a pain to grow it out now, coz we kinda like him with short hair, clean cut looking and all. 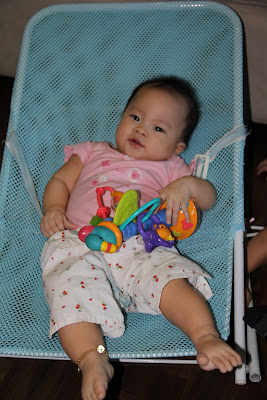 Isaac has also grown quite a bit since. Think he's not as skinny now, and also, he'd quite a bit taller. The pyjamas that I'd bought him at the beginning of 2010 are now kinda too short for him. Also, he definitely doesn't need to tiptoe when he stands at the water closet to pee... kekeke... 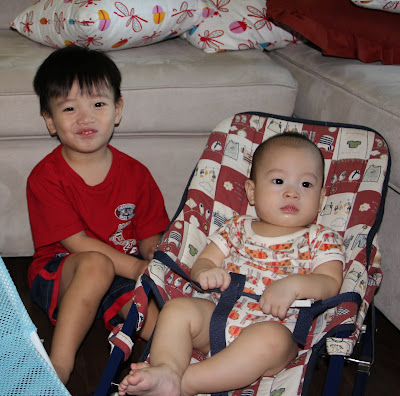 How fast the kids grow! I am kinda concerned that I am behind on my blog again. I feel that I am missing out on recording a lot of developmental milestones as well as interesting anecdotes about the kids. As such, I am determined to start blogging in higher frequency, without photos and from my phone, if need be :p here's hoping I can keep it up!!!
Posted by Pamela at 03:23