I enjoy taking pictures of Isaac in school. The stickler in me for chronicling "everyday life" compels me to do such things... :p Can you see the wet patch on Isaac's bedsheet below - nope, not urine... it's from his saliva!!! Drooler!!! 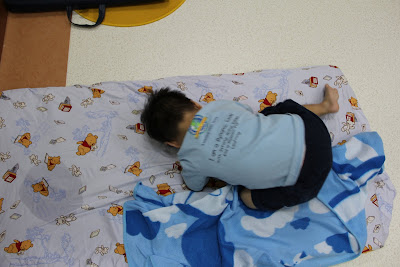 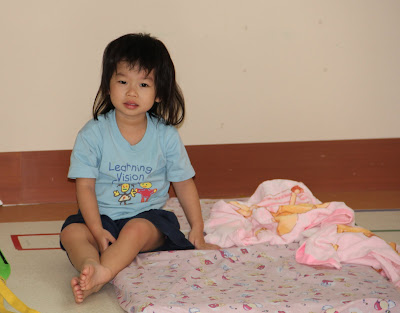 Teacher Lina had told us that we can have the birthday celebration after the kids wake up from their nap. They usually have an afternoon snack then, so it'd be a good time for them to have the birthday cake as snack. Above is Jiaying, and below is Xinrui - this was before Xinrui left this childcare and transferred to another branch. Interestingly, Isaac still talks about Xinrui occasionally. 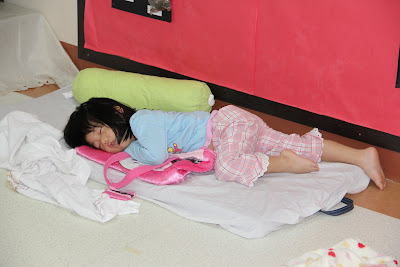 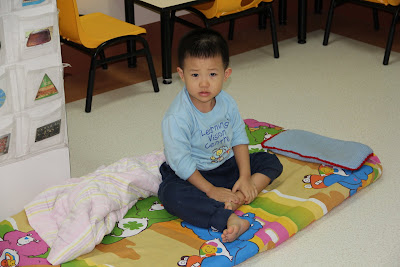 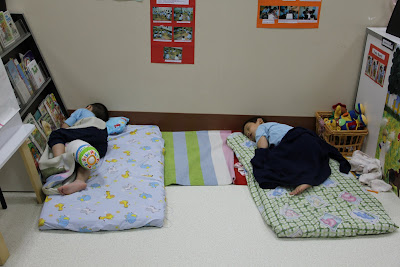 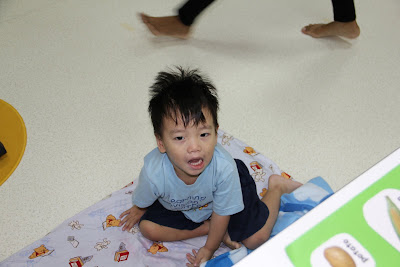 Isaac giving a just-wake-up roar! And keeping his blanket and bedsheet in his 'sleeping bag'. Initially, when we first registered and I was preparing the things for Isaac to bring to childcare, I was kinda confused about this "Sleeping Bag". I thought they wanted us to get sleeping bags - like the padded sleeping bags that we bring on camping trips when we go climb mountains - to school. I didn't think it was odd to have a sleeping bag when they have mattresses for them. Was only later then I realised that they called it a "Sleeping Bag" only coz it is the bag that contains the things that the kids use during nap time - namely, their mattress cover and blanket. Some of the kids even brought their pillow or bolster or teddy bear! 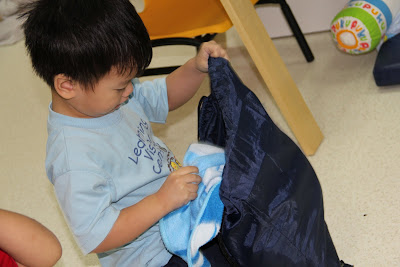 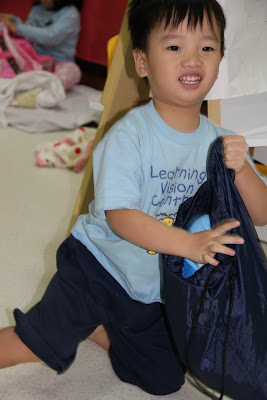 I'd been rather impressed when upon starting Isaac with childcare, he'd learnt quite quickly, to put on his mattress cover onto his mattress, on his own, during nap time. The wonders of childcare never cease. Goody!!! 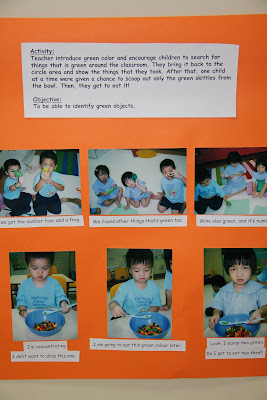 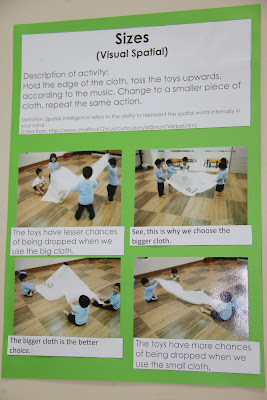 I'm not sure if the other childcare centres do it (coz I have never tried any other childcare centres...), but this one does this documenting thingy below, where they take pictures of what the kids do during their lessons, and put them up like below, on the walls of the classroom. I like it coz I can see what the kids do during class, what they learn etc. 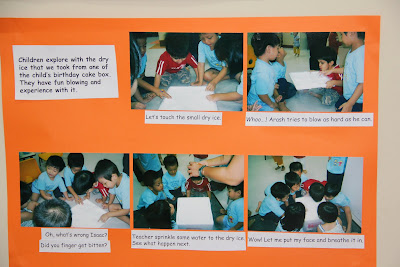 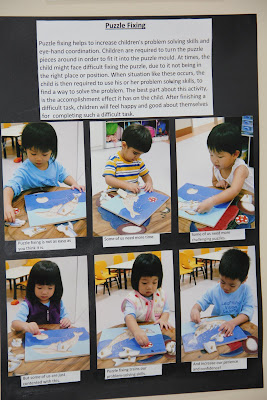 Besides I really enjoy seeing pictures of Isaac, and his friends, in their "everyday life" in school :) So I'd started to make it a point to periodically go to class with my camera, to take pix of their progress posters (my phrase :p) . They also inspire me and reinforce my thinking that you can learn from anything and everything! :) 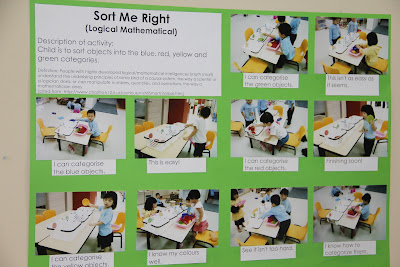 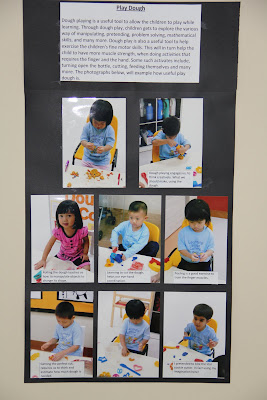 I can also see Arash in these pictures. Arash has since left - his dad got posted back to UK, and Arash and his mum followed him back there. Something like that. Again, as with Xinrui, Isaac still talks about Arash from time to time.

Sometimes it worries me coz he talks about it as though it is real. But then, I also sense that he knows it's not real... I told Teacher Lina about what he said. She said they liked to arrange the chairs in a row, to pretend that they're in an aeroplane, and that they fly to UK to look for Arash. It's really bitter sweet, when I think about it. I wonder if he'd remember Arash when he grows older. I wonder if he would us Facebook to look for Arash. I wonder if they'd become penpals. It's possible eh! :)
Posted by Pamela at 09:23