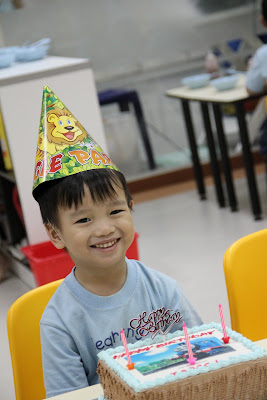 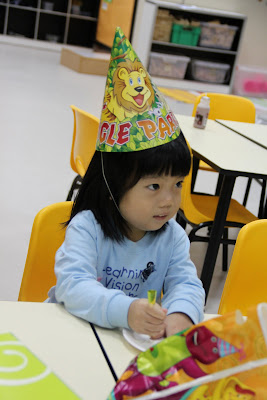 Hubbs and I arrived during the kids' naptime, so the kids still looked kinda dazed. That's Xinrui, above. It's been months since she switched childcare, but Isaac still mentioned her now and then. Same for Arash (boy below, in red). Isaac still talks about him too. I wonder how long would Isaac remember them. We used to think that for kids, it's out of sight = out of mind. But that doesn't seem to be the case, at least not strictly! 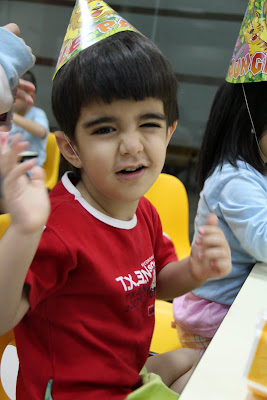 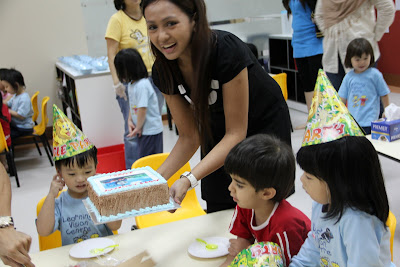 I asked Isaac if he wanted a Spiderman cake or a Thomas one. He chose Thomas, so we got Isaac a Thomas cake. He chose it himself, too. 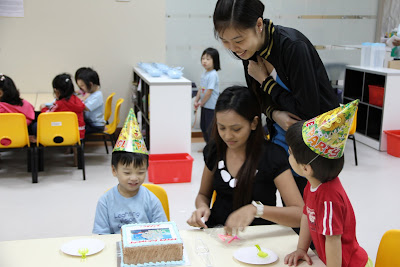 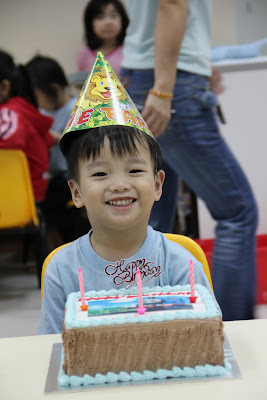 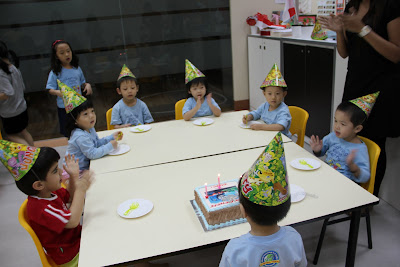 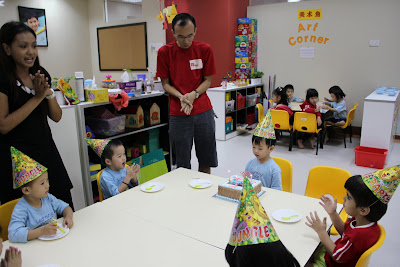 He also started to understand that the birthdays "belonged" to someone. If we said that we were going for a birthday party, he would ask us when was his. We would tell him that his birthday was in August and it was not his birthday yet. He would start whining and asking for HIS birthday cake... hahaha... so finally, this day was here! His very own birthday cake & party! 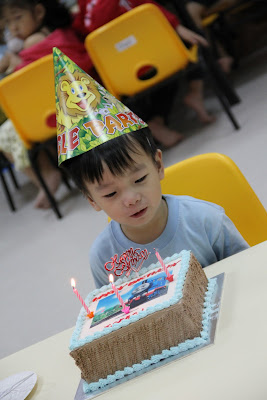 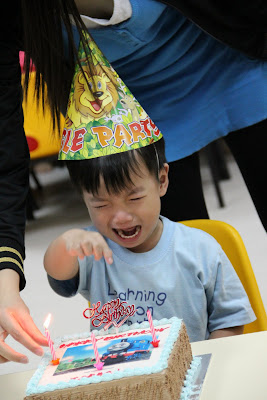 Hahahaha... guess why is Isaac crying? Coz Arash blew out one of his candles! So he was pissed about it and started crying. Teacher Lishi quickly relit the candle that Arash blew out. Oh, Teacher Lishi has since moved on to greener pastures, as well! 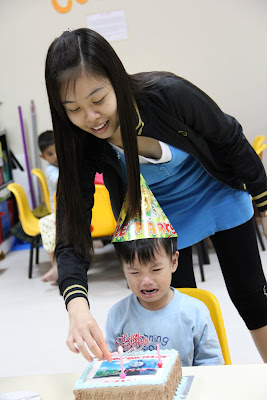 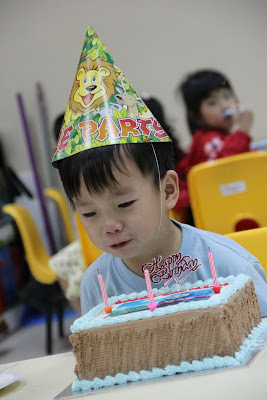 So, only after the candle was relit and Isaac got to blow out his 3rd candle, was he appeased :) 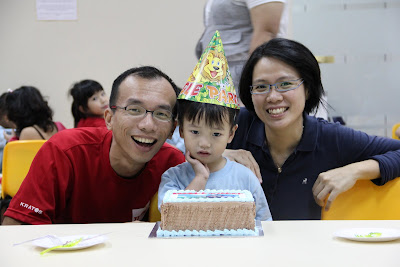 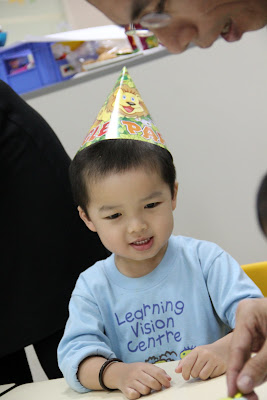 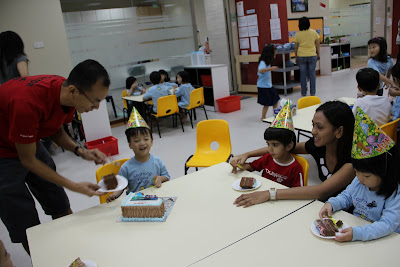 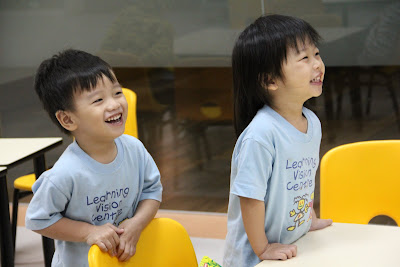 The kids enjoying the contents of his goodie bag. In it were: the blowing thing the kids are playing with in the picture below, a bottle of bubble solution, a small container of playdoh, a little slinky and... I can't recall what else. But there were no sweets nor anything edible in it... It was intentional, I didn't like it when goodie bags came with lotsa candy in it, so I consciously made an effort to make sure our goodie bags did not come with candy! :p 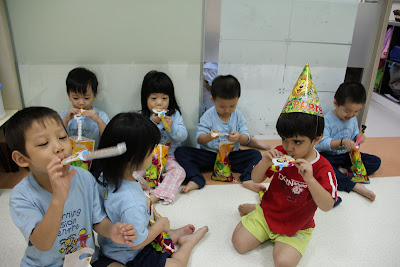