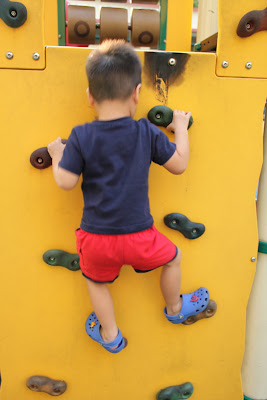 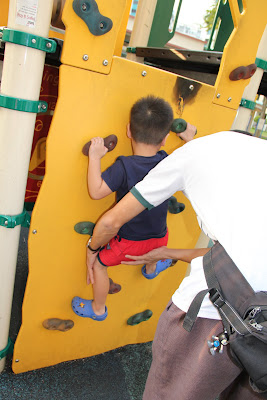 As some of you know, hubbs is a rock climbing enthusiast. I have also rock climbed before, and I like it. But not as much as hubbs likes it. He used to do it quite a lot, but in recent years, with the kids and all, we haven't had much time or opportunity to go rock climbing. Though, during a period of time, before Isaac was born, whenever I went for Singapore Open Gaming meets (meet other boardgame enthusiasts to play boardgames, once a month), then hubbs would go rock climbing. Now, occasionally, when the opportunity presents itself, he would manage to squeeze in some time on the wall too. 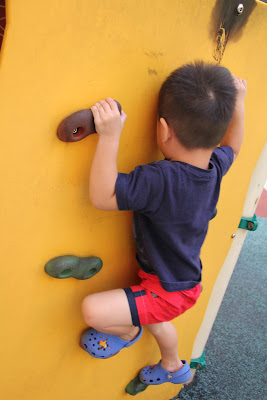 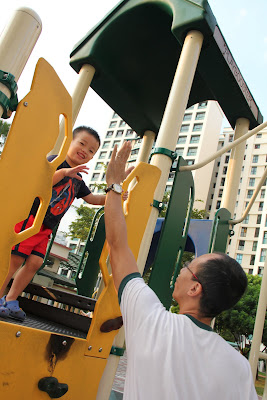 Thus, just as I can't wait for Isaac and the twins to quickly grow up and play my boardgames with me, hubbs can't wait for them to go climbing with him, run marathons with him, and participate in triathlons and whatnot with him. We were also discussing that day, that we can't wait for them to get older, then we will start doing Playback Theatre with them, and bringing them to volunteer camps as well. It's really no wonder that kids are mini-mes, isn't it? We kinda consciously mold them into ourselves! 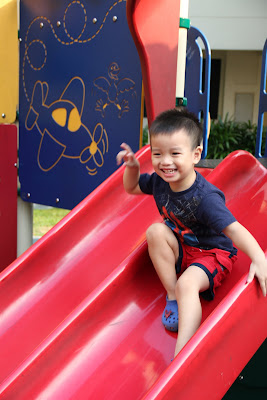 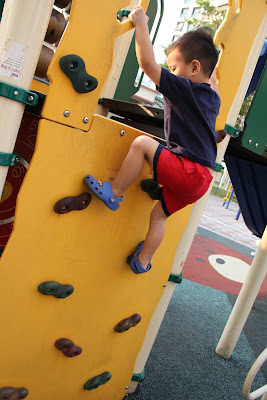 We also want to bring the kids traveling, backpacking even, when they get older. Now, when they're still young, we'd go places like Australia and probably Malaysia on short trips. But we intend to bring them to New Zealand (where we had our honeymoon!), Scotland (where I did student exchange and backpacked UK), Europe & USA & Scandinavia (yes yes, this is all me, me, me) and even places like China, India, Nepal, Cambodia etc (yes, hubbs hubbs hubbs stamped all over, isn't it). Well, as you can tell, we love traveling too (doesn't everyone?!). 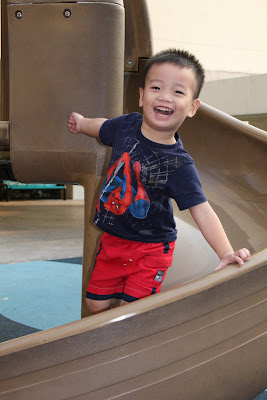 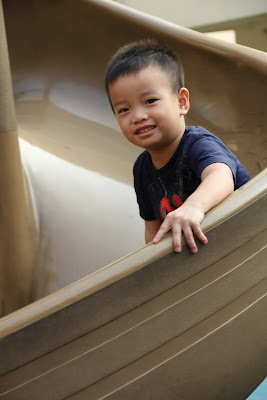 Hubbs himself, had always wanted to learn the piano - which he finally got to take some lessons (Grade Zero) at the grand old age of 30 (or was it 32?). He didn't take/pass any exams, but he was very happy he finally got to learn. That was before we got married, and had more time. Now, he is sending Isaac for piano lessons, while he tags on and learns as well. Isaac seems to be enjoying it as well.

As for me, piano wasn't ever my thing. I was kinda interested to take up learning the guitar and/or the violin. Frankly, I'd rather Isaac picked up the violin rather than the piano. Piano seems rather ordinary to me :p but what do I know, perhaps Isaac would play it well, then he can help out with the church choir! That'd be nice :) Lately, I asked Isaac if he'd like to learn the guitar, and he says yes. But then again, maybe he'd say yes to anything we ask him. He's quite eager to learn, really. I asked if he'd want to learn piano or guitar - he said "Both!". Hmmm... We'd see. I told him, I'd go check it out. 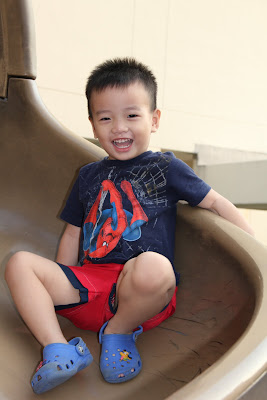 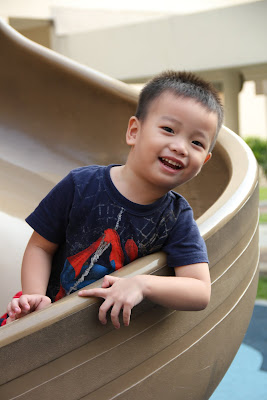 In the meanwhile, I am pleased that Isaac has taken to boardgames very well. He is a right gamer at heart indeed. Sometimes, he watches tv for awhile, he'd get bored and say "Mama, can we play a game. I dun wanna watch tv already." Every night, the standard ritual would be dinner, play games, read books, sleep. When we go out during weekends, more often than not, it'd be to visit our friends, or to gatherings with friends, Isaac would ask me "Mama, did we bring any games?" :) *happy*sigh* !!! 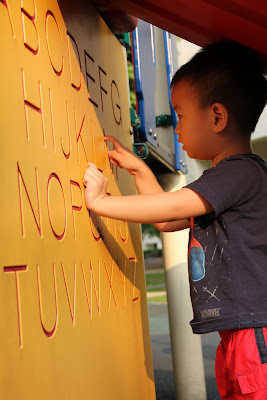 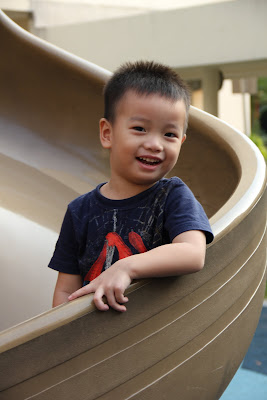 Just yesterday, Isaac pointed to our master bedroom wardrobe and said "Mama... I want my clothes to be put here, too! Just like Papa & Mama!!!" :) My Isaac, my Isaac!!!
Posted by Pamela at 09:23