At 11 months, Shawna started to take her first steps :) Somehow, she found it very amusing (and probably liberating) to be able to stand and walk - thus she was very motivated to keep practicing until she could do it. She would even beat our hands away or pull her hands out from us, sending a clear message that she wanted to do this on her own, and not with our help. 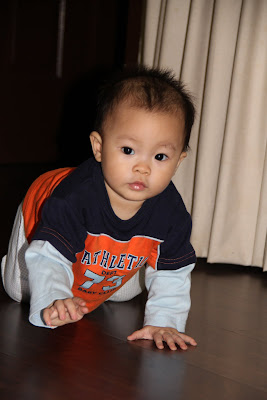 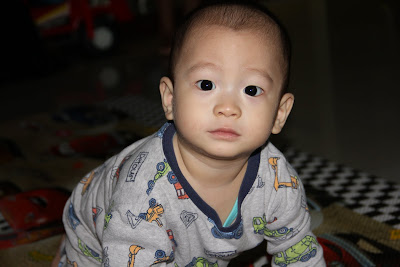 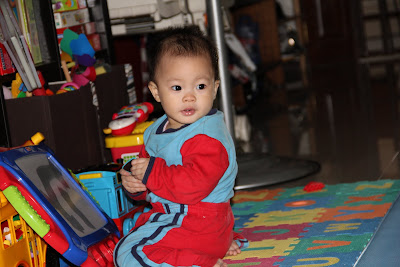 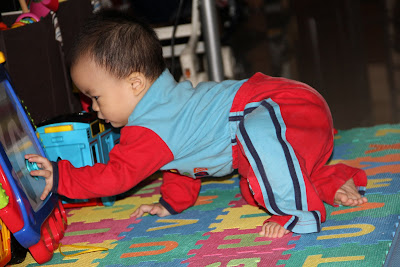 I love seeing Asher & Shawna in Isaac's clothes - they're both wearing Isaac's pyjamas. We also enjoy seeing Shawna wear Chloe's or Natalie's clothes. Of course, Natalie's clothes were largely from Becca and Isabelle, so all the more meaningful it was. Brings back all the nice memories of when the older kids were younger :) also serves to remind us how quickly time flies! how old we are! and how we should really treasure each and every day of our lives! 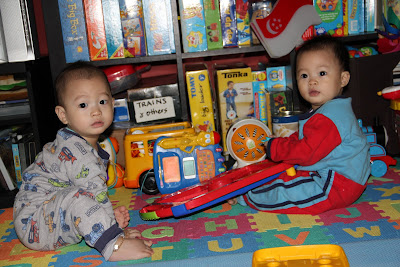 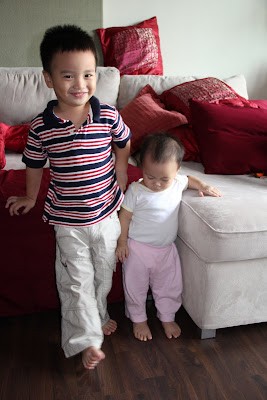 I'd wanted to take this picture above to see the contrast in height between Isaac and Shawna :) Isaac looks like such a big boy next to Shawna! And his cheeky grin! :) 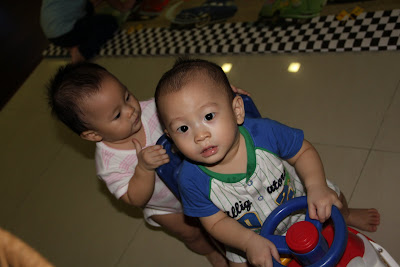 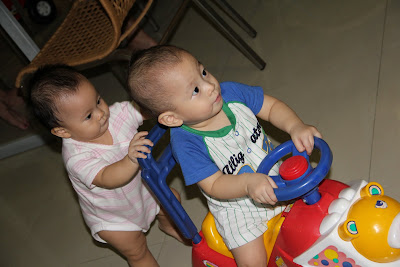 The kids love to push each other on the car. But while Asher doesn't mind Shawna pushing him along, Shawna doesn't like it when either Asher or Isaac pushes her. She wants total control!!! :) Look how steady she is standing on her own! 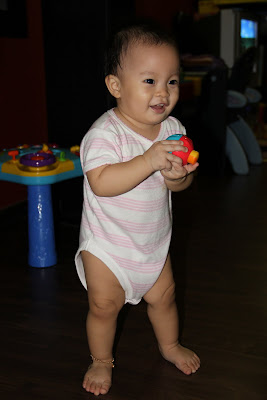 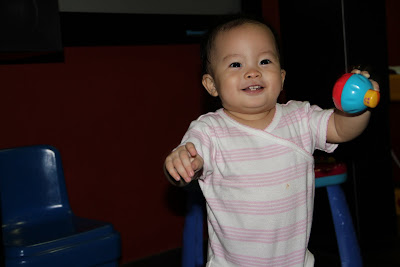 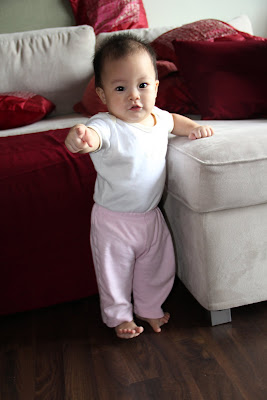 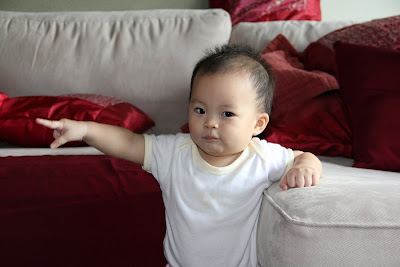 Look at that look on Shawna's face, and how straight and purposeful her pointing action is. Yes, she's the One Finger General! She loved having her grandpa carry her, and she would point in the direction she wanted to go. Usually, she'd be pointing to the main door - she loves going for walks downstairs with her grandpa! 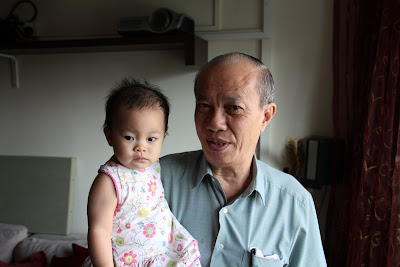