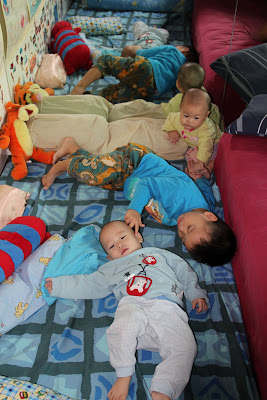 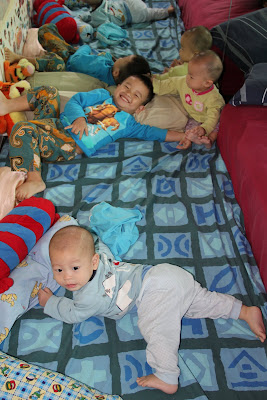 I love this pic below. Shawna with a goofy grin like that, and Isaac looking at her. hahaha... I remember that she'd wedged herself in the corner and was quite contented sitting there for quite awhile. And then when she wanted to get up, she found that she was stuck and cried out for my help to get her out. 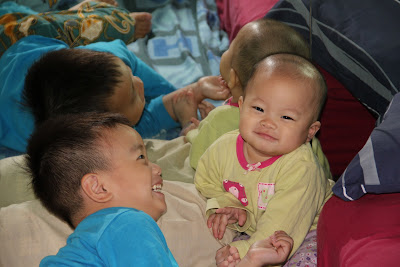 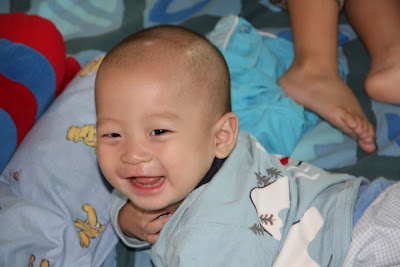 Look at Asher scratching his neck, I think more out of habit than it itching. Think I mentioned before that Asher has eczema but Shawna doesn't. It was really quite bad when Asher was born, but it'd gotten much better since we regularly applied the intensive moisturiser and steroid cream prescribed by the pd. But Asher still tends to scratch at his neck and elbows sometimes.

I used to hear stories of mothers being "blamed" for their babies having sensitive skin - said to be caused by the mother eating seafood and/or spicy food when they were pregnant. Well, here, I singlehandedly debunked that myth since: (1) I don't eat seafood (2) neither do I eat spicy food, and (3) I was pregnant with Asher & Shawna at the same time - hence, they both had the same environment, and yet Asher came out covered with vernix, and had eczema/sensitive skin. and Shawna came out super clean, with no sensitive skin. So there. Exonerated!!! 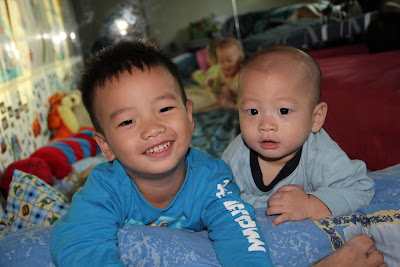 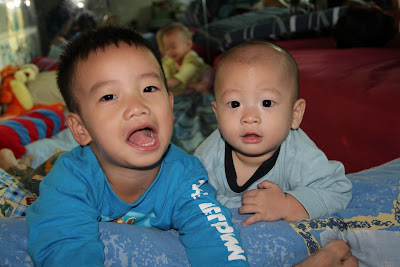 Isaac & Asher. They have this favourite game of theirs, where they just walk about on the mattresses, and fall onto one another, giggling and laughing away. It really tickles Asher, and Isaac loves to make him laugh. So Isaac's go "Asher, remember, we walk walk walk boing!!!" and he'd fall onto the mattress, and Asher'd laugh. They'd purposely walk and tumble onto each other as well. It's quite hilarious seeing them having silly fun like that, though at the same time kinda scary coz I'm afraid they'd fall and hit their heads on the wall or the mirror, when they get too near the sides. Crazy fun the brothers have. 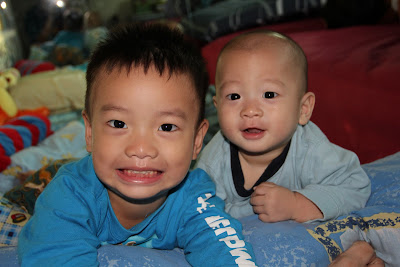 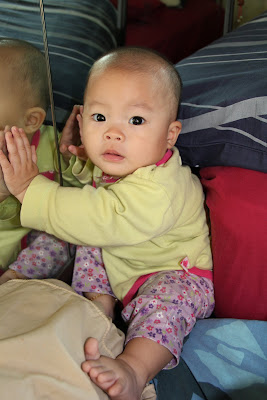 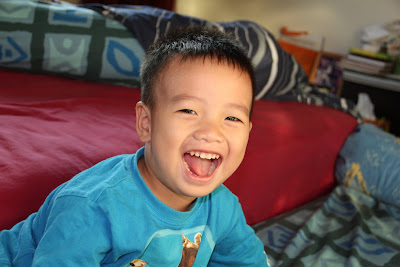 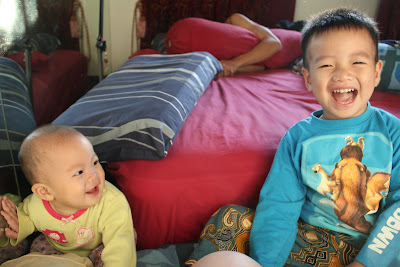 Can you see hubbs in the background still sleeping? hahaha that's hubbs for you, he's not a morning person, in the sense that he's not naturally smiley first thing in the morning. But that kinda changed when he married me, of course. We both agree that the kids got that from me - being able to smiley and be cheery the moment they wake up, no matter the time! :) 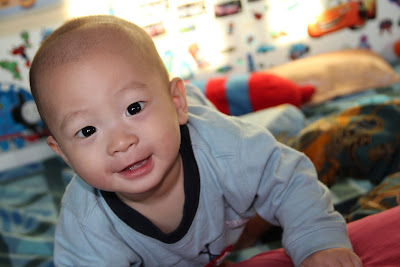