I had a fantastic day today. I took leave today. Had the morning to myself after dropping the kids off at childcare. In the afternoon hubbs and I went to Parents' Day at the kidzes' childcare, to see the kids perform (this warrants another post altogether). After that we whisked the kids off to my sister's place where Isaac had swimming class - I finally got to take some pix of him in swimming class as I am usually at work when he has his swim class. Then in the evening, we headed off to my church to attend a free concert by Corrinne May! Oh and did I mention that I listened to my favourite Corrinne May CD - Safe in a Crazy World - in the car all day while driving?! :) 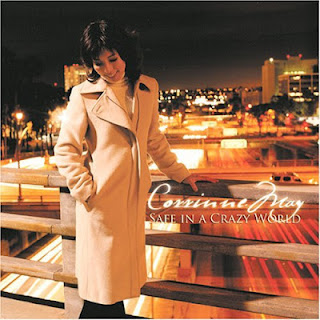 Ah! Corrinne May was fantabulous. I like her voice, I mean, I'd always liked her singing. But today is the first time I see her in person. And I like her. She's humble, she's funny, she's sincere and earnest, she's generous(free concert!)... oh, and she mumbles. It's funny how her singing is clearer than when she speaks. Perhaps she was nervous; or maybe she was rushing coz there wasn't enough time. But it was cute. The mumbling, I mean.

But I think what touched my heart was that she is Catholic, and she is a mother (like me!). She has a little girl called Claire who's about 3 years old. And she's a Catholic (like me!!!). From her songs, I'd guessed she was Christian. But I didn't know she was a Catholic Christian. (Anyone who says that Catholics aren't Christians deserves to be short - yes short. Short-sighted and shortened lifespan, I say! :p)

Corrinne May's faboo! I love her songs coz they always have some kinda story in them, and they just seem to tug at my heartstrings. Today, she sung songs from her new album that was just released this month - Crooked Lines (out in all good record stores in Singapore, now! grab yours before they're all gone and you have to resort to Amazon!) 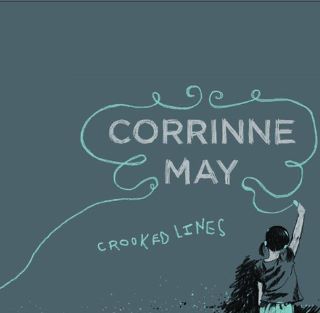 Before singing each song, she briefly spoke about the song, what it's about, or what inspired her to write that song. She has songs inspired by her daughter's drawings, by her daughter playing on some ipad app, by the Easter candle lighting during an Easter Virgil mass, by the story of two loaves & five fishes, of how life is precious and that everyone should be given a chance to live... and many more. Very down-to-earth, and real, and of topics close to my heart.

Several times while she was singing, I was moved to tears. I don't really know why. Just sitting there, in the pristine church, letting her music and lyrics wash over me, thinking of certain people who were in my life, and of how blessed I am right now in everything I do. It just was.

And suddenly it wasn't "so weird" that I was sitting in my church, the Church of St Mary of the Angels in Bukit Batok, the church which I have attended for more than 20 years of my life, the church I got married in, where my three kids and I got baptised in - listening to a pop star belting out her latest album. I believe the songs tonight were carefully chosen, to reflect the venue.They were very apt.

All too soon, the night drew to an end. The audience shouted encore, and Corrinne obliged us two more songs. And after that, we all quietly and sadly sat as we looked at Corrinne and her band walk off the stage. Not one person asked for another encore though I knew that everyone wished she could have sung for another hour or more. I know I did. I almost wanted to shout "Awww.... JUST ONE MORE!? PLEEEEASE!!! ANGEL IN DISGUISE!!!" That's my favourite Corrinne May song, Angel in Disguise (see youtube vid). But we were all so polite - as was her constant refrain tonight. Too polite.

But I couldn't have asked for more. I'd caught a free concert given by one of my favourite musicians of all time, in my very own church. And in doing so, I found that not only is she a great singer/musician (she writes great lyrics, composes great music, she can sing and talk while playing the piano, sing while playing the guitar, AND she can sing while sucking on a lozenge - how fab is that?!) - but that she also has a great personality to boot. You can't say that for all stars. But for this one, you can :)

Thank you, Corrinne May! We had a lovely time tonight :)
Posted by Pamela at 01:01