Sing, sing a song
Sing out loud, sing out strong
Sing of good things not bad
Sing of happy not sad 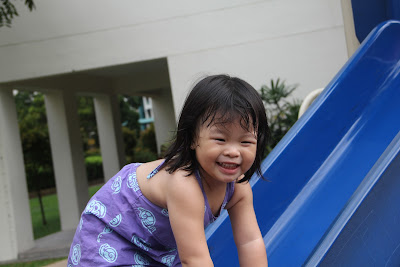 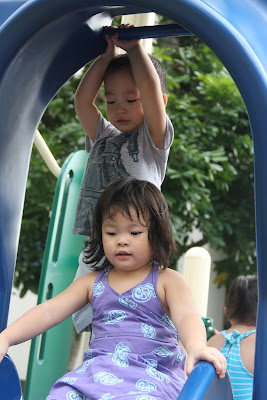 I love singing. I love hearing my voice. I love listening to the lyrics of songs, and try to figure out the story behind the lyrics. I love making up my own parodies/alternate versions of songs.

I've listened to my fair share of the radio when I was young, taping songs off 98.7FM's Say it With Music, and playing+stopping the tape to listen to the lyrics to write them down etc. It's so much easier now, to search for lyrics off the internet. The two stanzas above are from Sing A Song by The Carpenters, by the way.

So now, with the kids, I sing a lot to them. It started when Isaac was in my stomach. Never too early to let him listen to Mummy's voice, I thought. So even when I was pregnant with him, I'd sing to him. When the kids were wee babies, singing was also a useful tool to lull them to sleep. 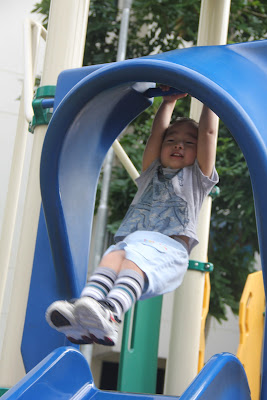 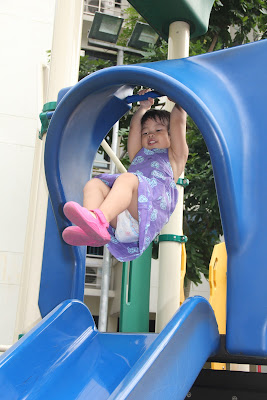 Anyway, one day, many months back, while listening to the kids singing along to BINGO - I realised that the twins, despite being younger than 2 years old (at that time) knew how to spell the blasted dog's name "Bingo"! Dang! I thought to myself! Why is it that a child would know how to spell some fictional farmer's dog's name - even before they knew how to spell their own name?! Something is not right! So I had an excellent idea - I'd use the Bingo song to teach the kids to spell their own name! And so I embarked on one of my favourite pastimes - creating personalised alternate versions of known songs! :p 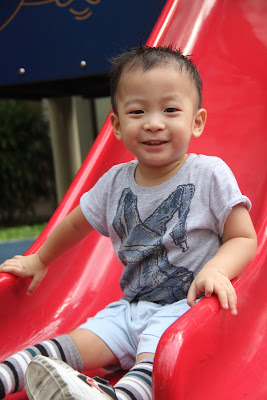 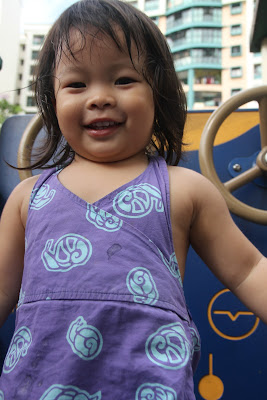 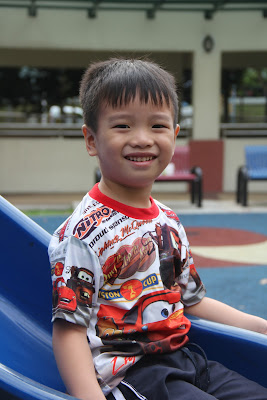 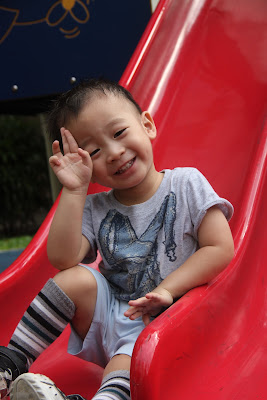 Ring a round of roses, a pocket full of roses
Shawna! Shawna! We all fall down!

Ring a round of roses, a pocket full of roses
Isaac! Isaac! We all fall down!
...
I didn't start this one. Shawna did. Think coz "Ashes" and "Asher" sounded similar, so Shawna really thought it was "Asher! Asher! We all fall down." 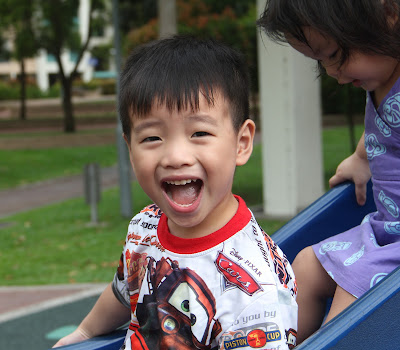 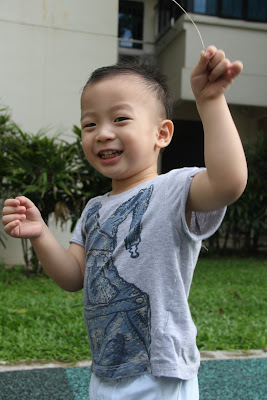 haha this one irritates Isaac to no end. He'd start whining "Noooooo....." when I start singing his stanza, until I change the adjectives to something good about him. The good thing about all these songs is that it's very easy to change the lyrics on a whim. 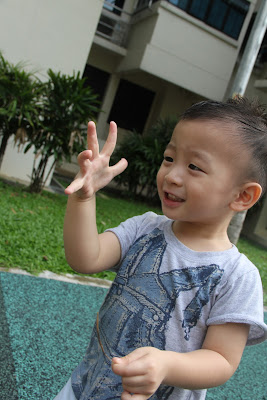 So! The kids are starting to learn the knack of substituting lyrics with their own words! Faboo!!! So proud of them!!! :) Hubbs says they are definitely my kids indeed!!! :)
Posted by Pamela at 12:47