Isaac's quite a character. He has certain quirks which I used to put down to him acting his age. But now, having another two kids, I can see how all three are different in their own way, and it can sometimes be very presumptuous to say kids behave in a certain way coz they are "at that age". Also, having spoken with lots of mummies lately, they also tell me that not all the kids Isaac's age, behaves the way he does.

I am referring to how he is a very structured boy who seems to be a stickler for rules, and how things "should be". Also, I call him Mr Preempter because I need to preempt  him about how certain events will take place (say, our plans for the day), and not just spring it on him last minute or change our plans without warning, coz that will upset him. We have to remind ourselves of this so that we can prepare him so as not to upset him. 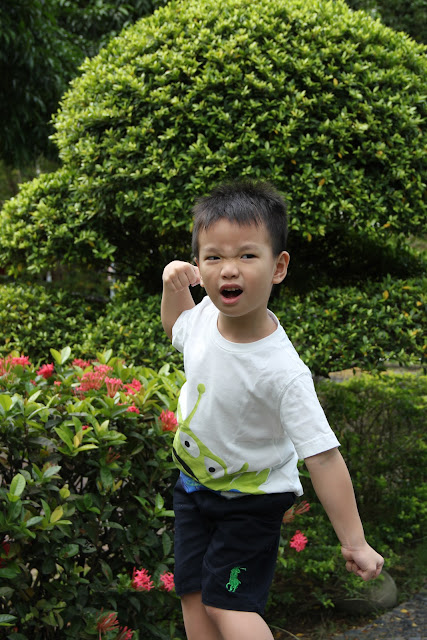 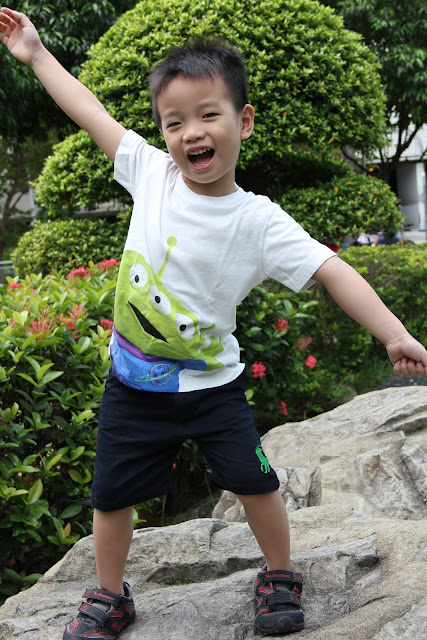 We just experienced it on Monday. Hubbs and I decided to take Monday off to convert this past weekend into a super long Labour Day weekend. We wanted to take the kids on an urban adventure. Instead of driving out like we normally do, we took the kids on the train instead. I'd do a separate post on this urban adventure with the pix we took that day. But for this post, I wish to talk about Isaac.

He asked me:"Mummy, which stop are we taking the train to?" And I told him "City Hall" coz initially, we thought of taking the train to City Hall, and then walk to the Art Museum. Then, hubbs had a better idea. He said:"Why don't we take the train to Raffles Place, so that we can walk across the bridge, along the river, and still walk to the Art Museum?" Unfortunately, in our haste to decide (the train was moving very quickly and stops were passing us by), we did not stop to consult with Isaac and convince him of our decision. We simply forced our decision on him, and we said "Now, we're going to Raffles Place instead."
Isaac threw a huge tantrum. He was very upset that we'd changed our minds on the spur of the moment.

And so, after the spanking episode, Isaac decided to be happy, and he was. He gradually lost his black face over eating his spaghetti, and he started enjoying the rest of the day. In order to pacify his need to go to City Hall, we decided to walk there. So we told Isaac, we'd walk to City Hall. But on our way there, we made plans to meet up with another family in Sentosa, to bring the kids to the beach to play sand. With the morning's episode still fresh in my mind, I went to talk to Isaac.

And there was no fuss. We took a cab to Sentosa, and had lots of fun the rest of the day without anymore tantrums from Isaac. And so I joked with hubbs:"Your son is the "consultative type" - must consult him and get his agreement; cannot force our decision on him!" :)
Posted by Pamela at 13:23