Loving our Spot in Jurong!

Even before I was married, I've lived in the western half of Singapore. Thankfully hubbs was also sort of from the west, and had no objections to living in the west after marriage. Okay, we confess, we also stay in Jurong West coz at that time in 2004, there were 10,000 surplus HDB flats available and the flats in Jurong West were comparatively cheap and large. At $350k for a 132sm executive apartment, was very decent, even way back in 2004. Over the years, we have come to love Jurong even more... 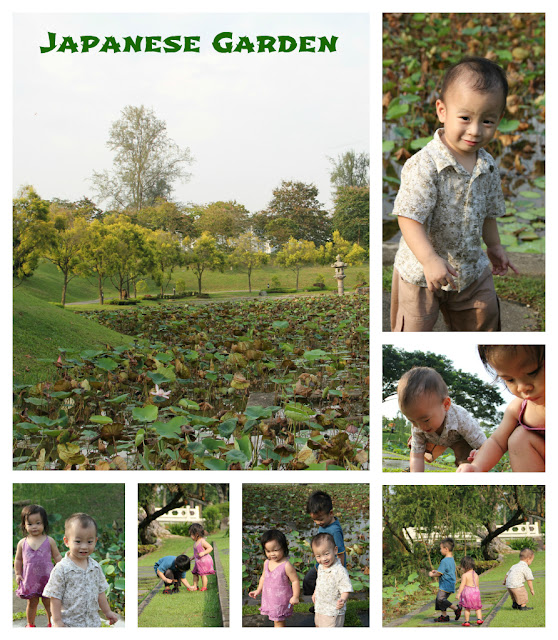 Oh, and we must dispel the myth that we have bad air in Jurong. In further out Tuas where the factories and industrial area is, perhaps. But not where we are. Yes, we do get a whiff of chocolate in the air during certain times of the year when the wind direction blows a particular direction, but it's mild and not annoying. Sometimes, when people hear that we live in Jurong West, they ask us if the air is very polluted. I was quite shocked (and a bit insulted) when I first heard that question, coz it never occured to me that the air here is polluted, as we are quite a distance away from the heavy industrial areas.. So, when we go to other parts of Singapore, I always take a sniff of the air, and I objectively can't say that the air in other parts of the island is any worse nor any better than the air we have in Jurong. 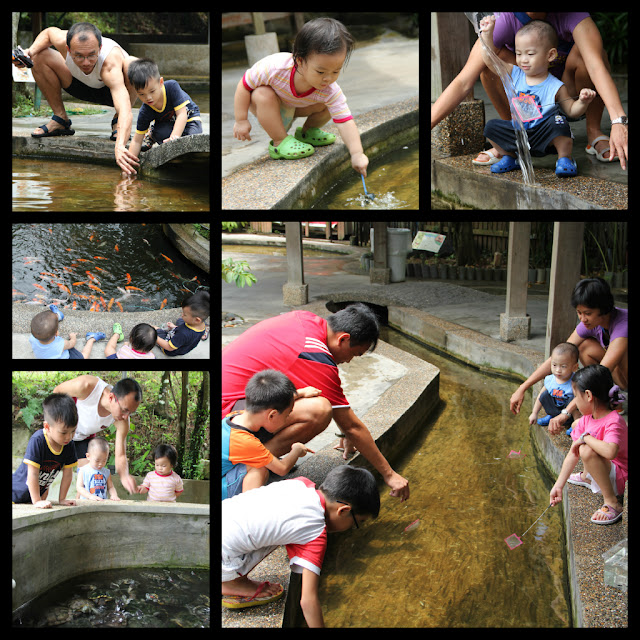 We do get aeroplanes flying right above our estate though. The kids love it. Everytime they hear the plane/s go, they rush to the window to see the aeroplanes go by. Apparently, we lie right in the flightpath of army planes landing in the Tengah Airbase at nearby Old Choa Chu Kang Road. Once, when we drove by there, we saw an army plane landing, the kids were ecstatic.

Off Old Choa Chu Kang Road, near the Tengah Airbase, is the Qian Hu Fish Farm where you can tour the farm where they rear fishes, or you could go fishing for tiny fishes, feed fishes, and feed turtles. It's great fun, though the next time we go back, we'd try to discourage the kids from doing any fishing - it seems like a very traumatic experience for the poor fishes! 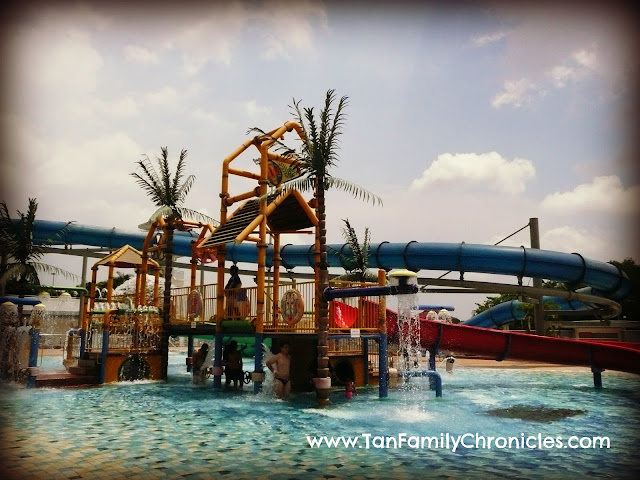 Now, this above, is one of the hidden secrets of the west. Many people (who don't stay in Jurong) whom I've mentioned this to - doesn't know about this. This place is the Jurong West public pool. It's got this nice kids play area, this humongous long blue slide which you have to climb up I think 10 metres to get to, and it has a Lazy River which has a current that you can cruise in! And the best part is, adult fees are only $2 on weekends and $1.50 during weekdays! Kids even cheaper!


We love Jurong so much, that we're self-professed Jurong Turtles. With the ever expanding Jurong Point, revamped IMM and born again JCube (used to be known as Jurong Entertainment Centre), Jurong is very much self-sufficient. This will be very much so especially when the Jurong General Hospital is completed. Furthermore,with the plans for the Jurong Lake District, we have exciting times ahead! Hurrah for Jurong!

This post is part of the fantastic Loving My Spot series mooted by Sarah of The Playful Parents. Here, we bloggers declare to the world why we love the part of Singapore we live in, in a lead up to Singapore's National Day, 9th August. A celebration of love!