This is the first time I've written a year end post recapping/summarising the year. I guess, usually, December is a busy time for me and I've never really gotten around to doing this. However, having now attempted this (albeit at the prompting of the lovely Gingerbread Mum), I think I shall make it a point to write such a post every year.

My problem is: I think too much. And I get all long windedy. Not very good. So! I have decided to write this in point form! Doing that usually helps to rein myself in... 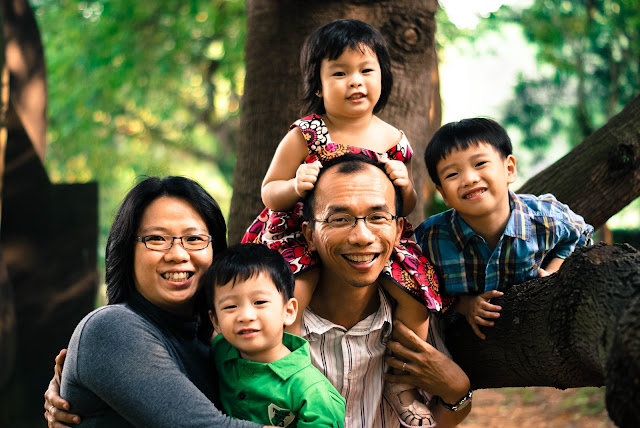 Every since Isaac was born, he's had croup. And he seemed to have had a fixed quota to at least make us rush him to the hospital in the middle of the night with a croup attack - minimum once a year. The doctors at KKH tell us that it is a childhood condition and that he would outgrow it in time. We couldn't wait for that time to come. When the twins came along, we were afraid they'd get this condition as well - since Isaac was so prone to it. Our fears were not unfounded - the twins caught it and were hospitalised even before they turned 6 months old. Thankfully, the twins have since proved that they are made of stronger mettel dispite their smaller size (compared to Isaac at that same age) and they have not been having croup attacks. So, I'm happy to say that in 2012, we didn't have to make a trip to the hospital in the middle of the night due to the kids having breathing difficulty :)

#2: Thankful for what didn't happen!

I'm thankful that my family and our loved ones didn't fall gravely ill this year, nor did we get contracted with any serious illness/es etc. My mother-in-law's lymphoma condition (which we found out last year) has also gone into remission after a successful course of chemotherapy treatments. We pray that the cancer goes away and never comes back again. My parents have been blessed with the oppotunity to go travelling very often after their retirement, and have been very blessed to be kept safe on all their journeys. Our Perth trip in October was also quite uneventful in that nothing traumatic happened to us, so we're glad. Currently, my sister's family and my parents are on the road (or in the air!) again. Different trips! Praying that we'd always be kept safe when travelling, be it in Singapore or abroad.

Asher used to have 2 big problems. Eating and pooing. He wouldn't eat solids (only drink milk). And he wouldn't, no, couldn't poo. I guess they were sort of inter-related. But this year, he finally started eating solids. He had a "red spaghetti" phase - spaghetti with tomato-based sauce. Then he ate spaghetti plain, without sauce, and now, he eats spaghetti, any noodles, bee hoon, and even rice and soup. He has started to eat school food and can now take two servings during lunch where before he would only drink soup, or at most eat half a serving. In tandem with his eating, he also started to poo without problem. Having improvements in this area is a huge relieve for us!

I've been very busy with my sideline business venture: My First Games. I've just received news a few weeks back, that the HQ (of my current day job) may decide to close the Singapore office soon, in a bid to cut cost. Thus, I may be out of a job soon, like in January 2013. But I think that this is a divine sign for me to concentrate on My First Games as a full time occupation. So that's cool too. I've also been really blessed to be part of a wonderful group of women known as the Singapore Mom Bloggers.They've been really supportive of My First Games in trying out our games, and writing reviews etc. There are also many other mumpreneurs within this group, and we they constantly inspire me and spur me on to persevere.Virtual support from these people is very real! :)

#5: Hubbs is going back to school!

For the past three and a half years, hubbs (who used to be a secondary school teacher) was seconded to Ministry of Education HQ to be the HQ liaison officer for a co-curricular activity. Come January 2013 - he'd be going back to school to teach again! I'm thankful he had this chance to be in HQ for these past few years. It came at the time when we had the twins - the flexibility of time this posting afforded him was really invaluable for the past few years. Now, hubbs gets to go back to teaching - something which he has a passion for, and misses dearly. Just praying that the new school will not be too crazy and demanding that he'd need to work late every day. 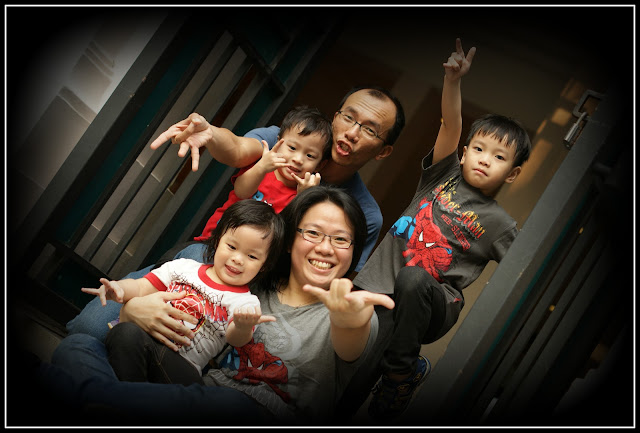 I guess that's it. The 5 major groups of things that we're thankful for this year. May 2013 be an even better year than 2012! :) Here are the Spidey Tans of the Tan Family Chronicles wishing you a Merry Christmas and a Happy New Year! :)
Posted by Pamela at 01:23