You know how kids like to talk nonsense. They think it's funny. So far, when the twins "talk nonsense" they sprout gibberish. And they find it hilarious and would start giggling away. Isaac never really used to talk much gibberish. But I have noticed that the twins, especially Shawna, likes to do it. They do it for a laugh. It's quite silly really. 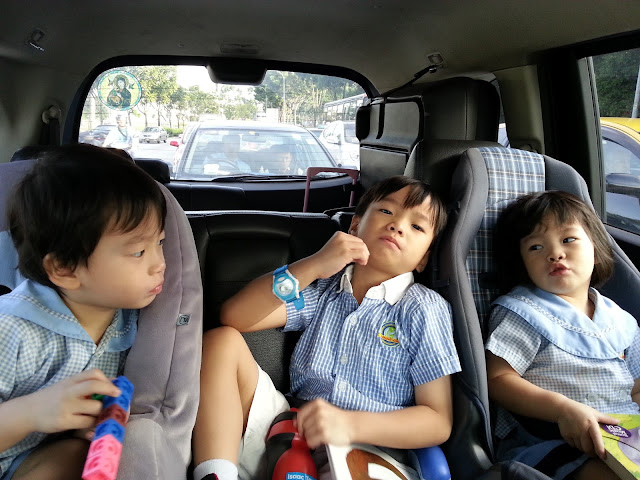 So, just yesterday evening, on our way home, in the car (see illustration above)...

I was part amused and part aghast, really. Previously when they "talk nonsense" it was just gibberish. Since when did it become verbal body-parts and bodily-discharge slinging?! The twins are just three years old, and Isaac is only five plus. I can't even "blame" Isaac for starting it, coz he didn't. And the stuff he says are even milder than the other two! *faint*

It also struck me how, even though they are so young, they could "tell" and "sense" that these are sorta taboo words that you don't throw around... which is of course why they are doing it...

So I told them to stop. But amidst their laughing and giggling, did they listen to me? Of course not.