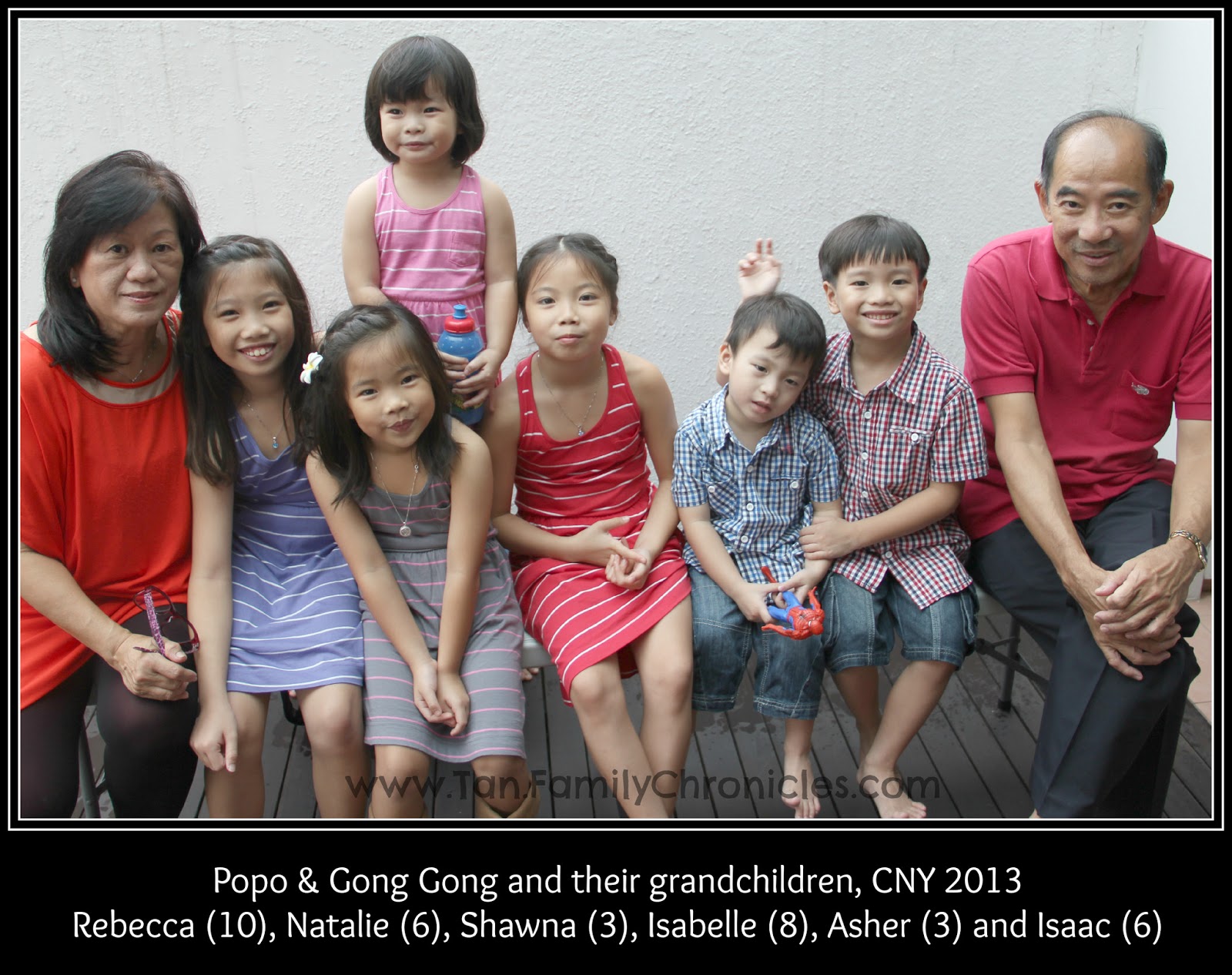 Nope, it's not a typo! Today, on 12th May 2013, Mother's Day - I am wishing my Mummy "Happy Birth Day, Mummy! Thank you for giving birth to me!" Yes, it is MY birthday today. But then, my Mummy's real, actual day birthdate is on 14th May, and that's just two days from today. Besides, it's true you know, all mothers should be wished Happy Birth Day on the day they gave birth to their children :)

Apparently, I was a naughty one from even before I was born - I refused to turn upside down like most of you did. Yes, I was breech! The gynae apparently reached in (eeeuuww gross...) and tried to turn me upside down - but nope, I was having none of that nonsense. In the end, I was delivered by c-section, or as my Popo would say, I was "carried out" into the world. Also, my mum wanted to deliver me on her birthdate, but apparently I wouldn't wait that two days either.

So, not only did I have a not-so-normal birth, I grew to be the more difficult child compared to my elder sister in more ways than one. Well, no, nothing major, and I did grow up relatively okay. But I remember I puberty as a very bad time for me and my parents. Those years, I barely spoke to them at all.I was forever in a bad mood when I was at home, and being a real pain, in general to my parents and my sister.

The puberty years took a toll on my relationship/s between me and my family, since we hardly spoke twenty words to each other the whole time. After that, we were at best cordial to each other. It wasn't until my sister had my eldest niece Rebecca, that I started to be closer to my mum and sister. Why? Coz I really love kids, that's why. So it was little Rebecca that started to thaw the ice...

God blessed me with a husband who could talk to my parents and get along with them very well. It helps that hubbs is a Teochew as well, same as us. We speak mostly English at home, but we're one of those families whose Singlish consists of English + Teochew, and not English + Chinese. Hubbs was, and is, a great bridge between my parents and I.

We got married one day before Isabelle was born. (So every year when we are told of the day when we will celebrate Isabelle's birthday, we will be reminded of our own wedding anniversary.) Hubbs and I both loved kids. And so we loved Rebecca and Isabelle like they were our own. Or I thought we did. But you know how they say that one wouldn't understand it until they became a mother themselves? It's true. The depth of feeling is incredible. I thought I loved my nieces very much before, but after I became a mother and had my own children, there was a different dimension of love added to it.

My sister delivered Natalie slightly more than three months after I delivered Isaac. Asher & Shawna came about 2 and a half years later. The amazing thing about a mother's love, is that it multiplies indefinitely as and when required. Once, when the girls stayed over at our place, hubbs said to me:"So that's how it feels like to have 6 kids. Not bad eh?! :p" (Nope, sorry, this is NOT a "I'm pregnant!" post)

So this year marks the 6th year since I have become a mother. And do you know what I am starting to realise? I'm turning into my mother! I say the same things to the kids and to hubbs, I do the same things, I even have the same sort of thinking! If you had asked me on my wedding day what my mum has taught me, I couldn't tell you for sure. But now, I can tell you, I am what I am because of my mum.

I didn't even realise it actually. It sort of crept up on me and suddenly one day, I was talking to hubbs and saying things that, I suddenly realised, would be exactly the sort of thing my own mother would say! At first I was horrified. I was like "Yikes I can't believe I said that! I'm turning into my mum!!!" And then, when I thought about it, I was secretly pleased.

My mother isn't perfect, but she brought us up with a very good value system, and that makes her a great mummy. She isn't entirely the most affectionate sort with lots of hugs or kisses. But she is very humble, she is very caring and giving and has no qualms about sharing. I remember, as a child, how I used to be angry with her because she would give away the best things to others and would only keep not so perfect things for ourselves. At that time, I didn't understand at all why she did that. But she's like that. My own Popo (my maternal grandmother) used to tell me how when they were young, in their schooling years, my mother would give all of her pocket money to her youngest brother for him to buy food with, while she went hungry. These stories have always stuck with me and remind me that I should be a generous person and always be giving.

Now, she's a great Grandma to her six grandchildren. Any time, we need her help to babysit the kids for awhile, she'd say okay, even with short notice.